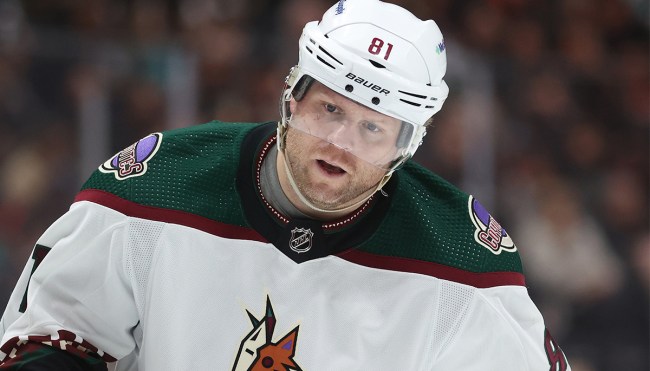 If you’re not a fairly dedicated hockey fan, it can be hard to fully decode the enigma who is Phil Kessel, a man who looks like he should be playing on the third line in a beer league as opposed to someone who’s skated in the NHL for 16 years and racked up an impressive number of accolades over the span.

Over the course of his 1,197 games as a pro (the past 975 of which he’s played without missing a start), Kessel has racked up a total of 949 points thanks to the 398 goals and 551 assists he’s posted as a member of the Bruins, Maple Leafs, Penguins, and Coyotes.

The man who currently serves as an alternate captain in Phoenix is beloved by fans around the NHL thanks to his image as the ultimate everyman—a reputation that can be largely traced back to an article a member of the Toronto media published following the trade that sent him to Pittsburgh that claimed Kessel had a habit of purchasing a hot dog from a stand near his apartment “almost every afternoon.”

That story was eventually debunked, but Kessel jumped at the chance to do some trolling after he won a Stanley Cup with the Penguins and became more of a fan favorite than he already was in the process.

As a result, I can understand why a Canucks fan who watched Vancouver face off against Arizona at Rogers Arena was unable to resist the urge to buy a hot dog and toss it onto the ice as an offering when Kessel was in the building last week.

We got a hot dog toss for Phil 🌭

Fans throwing things—whether it be a hat, a catfish, or an octopus—onto the rink isn’t exactly unheard of when it comes to hockey games, but doing so while the game is in progress is typically frowned upon. As a result, it’s not exactly shocking to hear the Canucks are searching for the man in question, as a spokesperson for the team told Canucks Army:

“What he did was completely disrespectful and not welcome at Rogers Arena.

We won’t stand for it and are in the process of identifying this person and determining what our next steps will be.”

It seems like there’s a very good chance that’s the last game that guy will be attending in person for a while.