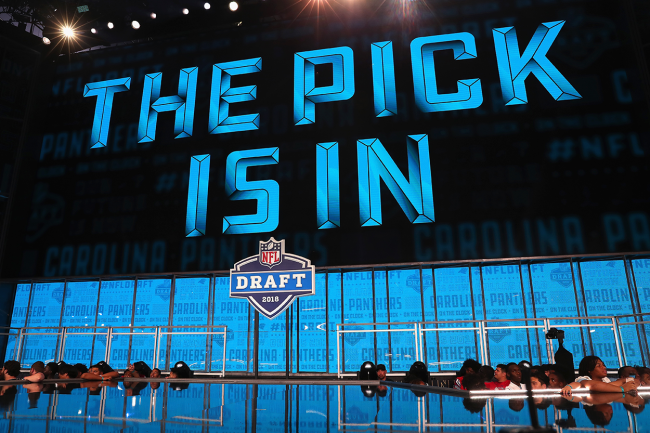 Barring unforeseen circumstances, Baker Mayfield is the newest member of the Panthers. There is a crazy scenario in which the trade could be nullified, but it is extremely unlikely.

As a result, Carolina has one of the most notable quarterback rooms in the NFL. Entering training camp, the team will have four quarterbacks on the roster:

By trading for Mayfield, the assumption amongst many was that he would be handed the starting job. Why else would the team trade for him, right?

According to NFL insider Mike Garafolo, training camp will decide who gets to start in Week 1. It will be an open competition between Darnold and Mayfield.

Sam Darnold had a good spring for the #Panthers and they're by no means handing the job to Baker Mayfield. There will be a training camp competition between the 2018 Nos. 1 and 3 overall picks.

This, of course, sets up to be one of the most intriguing storylines of the summer. Who will start in Carolina?

And the craziest part of this whole thing is how much the Panthers traded away to get here.

In July of 2022, on Wednesday, the organization agreed to send a 2024 conditional fifth-round pick to the Jets in exchange for Mayfield.

the Panthers really traded away…

all to assemble a QB room of:

After all of the trading and all of the draft capital dump and all of the movement and confusion within the organization, the Panthers still do not have a clear starting quarterback for the fall. It’s easy to assume that it will be Mayfield starting come Week 1, but Darnold is still in the mix and Corral may end up being the best of them all.

What a wild two years at quarterback in Charlotte! And to make things even funnier, with the No. 24 overall pick in the 2018 NFL Draft, the Carolina Panthers selected D.J. Moore— a wide receiver who will be catching passes from one of the two quarterbacks picked in the top three of his draft class.