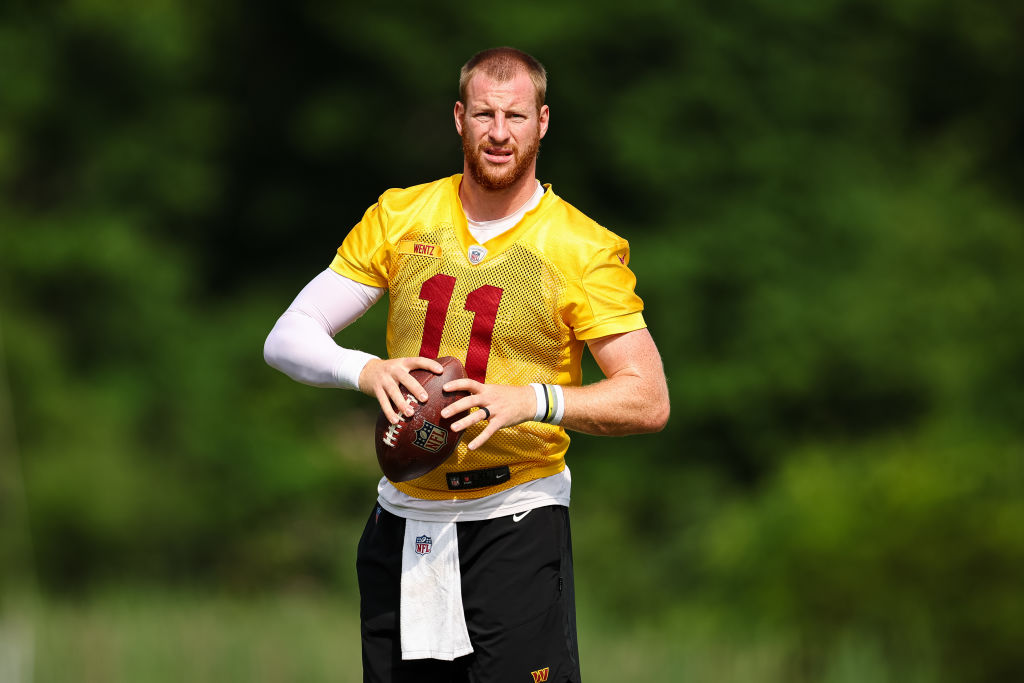 Carson Wentz is having a rough training camp acclimating to a new offense.

During training camp, we have heard rumblings of Wentz having issues with his accuracy.

Carson Wentz has had a rough day. Many passes thrown over the head of his receiver or too far in front.

Wentz’s accuracy has been an issue in recent seasons as he has bounced from Philadelphia to Indianapolis, and his acclimation to Washington’s scheme is seemingly still a work in progress. Although the team held a normal practice — not a full scrimmage — the team periods and individual work with receivers reflected his struggles.

Ron Rivera on the overall practice and then on Carson Wentz and accuracy. pic.twitter.com/bHITi5Y2Og

After Washington’s Saturday practice at FedEx Field, head coach Ron Rivera was asked about how he feels regarding Wentz’s accuracy.

“It’s a lot better than you give him credit for, just because of the way things happen in practice,” Rivera said, via John Keim of ESPN. “There’s a lot of little nuances that we see that we look at that we get to review. Yeah, there’s some inaccuracy. But it’s nothing that we are overly concerned [about].