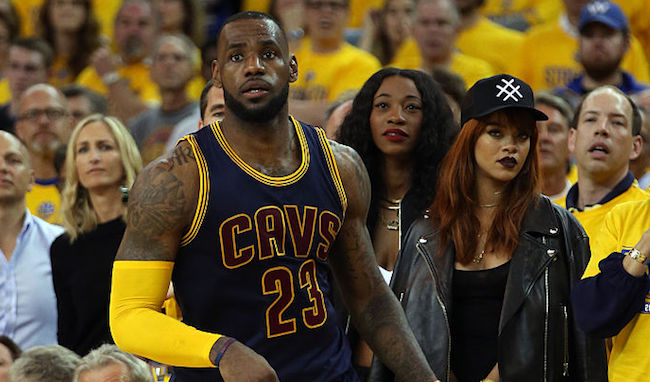 Last week, LeBron James surprised virtually nobody when he announced he would be opting out of his contract with the Cleveland Cavaliers to explore his options before surprising virtually nobody by signing a four-year deal with the Los Angeles Lakers. As a result, James will now only have to wait until the Western Conference Finals to get eliminated from the playoffs by the Warriors (who countered the signing by adding DeMarcus Cousins to an already formidable superteam).

When LeBron left Cleveland for Miami in 2010, the city was filled with the smell of smoke as fans took to the streets to burn his jersey (and other paraphernalia) to protest The Decision. However, most people saw his departure coming this time around and handled it comparatively graciously— including Cavaliers owner Dan Gilbert, who penned a nice thank you note after he learned he’d no longer have to deal with LeBron’s bullshit.

Sadly, not everyone in Cleveland was thrilled with LeBron’s departure. Over the past few days, a number of videos featuring fans burning James jerseys have hit the internet. However, not every ritual went as planned.

Total Pro Sports came across a video of one particularly pissed off fan who decided to use a Milwaukee’s Best Ice box and a LeBron jersey as kindling to express his displeasure. After dumping a bunch of gasoline out of a weed whacker and into the firepit, he whipped out a lighter and put his hand directly into the pile and… well, it ended exactly how you’d expect.

At least he got the stupid prize he deserved for playing a stupid game.