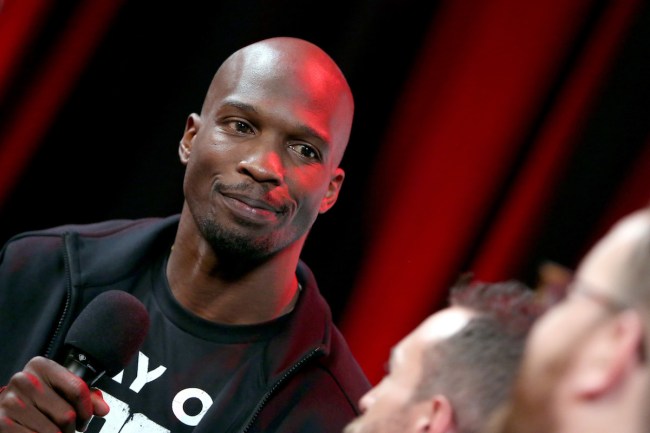 It’s the season of giving, and for former NFL wide receiver Chad Johnson, he seemed to be in a very cheery mood after recently visiting a restaurant on Wednesday night. The six-time Pro Bowler, who has almost made it routine to leave humungous tips anytime he goes out to eat, didn’t disappoint when he headed to a Cuban joint to grab dinner, and rewarded the staff for staying a little longer than normal.

Headed to my Cuban spot for dinner, I’m being somewhat of an inconvenience for the kitchen & staff being that they close at 10pm but i will be sure to bless l my server $100 for every minute after 10pm for the trouble 😢

According to Johnson’s Twitter account, he went to his favorite Cuban spot for some late eats. Unfortunately, the restaurant typically closes at 10 p.m., and Chad was making his way over there just 20 minutes before closing time. Have no fear, though, because Chad Johnson was sure to take care of the entire staff, and even charged himself a whopping $100 for each minute the restaurant stayed open for him — and he ended up leaving a $1,300 tip for their kindness. Talk about a seriously nice gesture.

This is awesome, and anybody who thinks it’s Chad Johnson just drawing attention to himself can suck a big one. It’s one thing to leave a massive tip like this during normal times, which is something Johnson routinely did anyway. It’s another thing to do it when so many people are struggling, especially part-time workers at restaurants, because of restrictions during the pandemic.

Sure, $1,300 isn’t a ton of money when divvied up amongst a handful of people, but it was something unexpected and could’ve still been a couple hundred bucks in the pockets of the restaurant staff. So this is flat out awesome from Johnson.

Considering Chad Johnson earned an estimated $49 million during his NFL career, per Spotrac, he’s in a spot to take care of other people and share some of his wealth. It might not be thousands of dollars all the time — although he has done that before — but it’s obviously enough to make somebody’s day. And with so many people struggling this year, especially with the holidays here, Johnson was just playing his version of Santa for a few lucky restaurant workers.