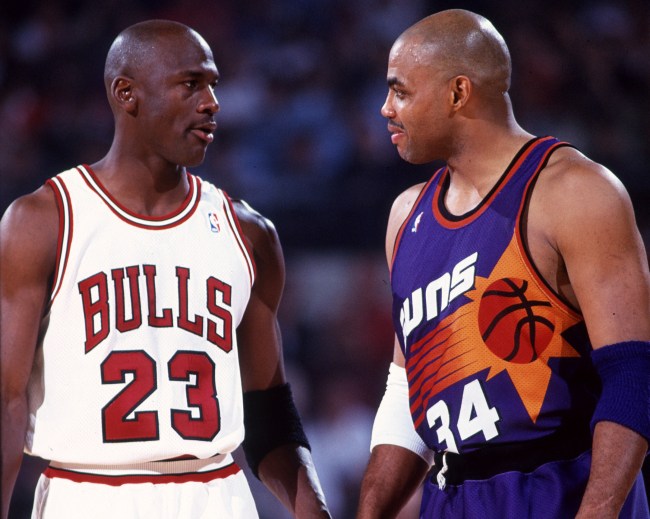 You’ve really got to respect Charles Barkley for always speaking his mind, man. Sure, the Basketball Hall of Famer and current TNT analyst is actually paid to do so, but, as we’ve seen with plenty of other people who hold down a similar position, not everyone will openly give their unfiltered thoughts about current topics going on in the sports world and beyond.

Given the fact everybody seems to be talking about The Last Dance right now — the 10-part ESPN documentary showcasing the final championship season of the ’90s Chicago Bulls teams led by Michael Jordan — it was only time till Sir Charles got in on the action and decided to chime in. We’ve heard Barkley describe his relationship with Jordan, while also giving some awesome stories about the relentless competitiveness of the GOAT. But Charles Barkley also has opinion that he thinks everyone should know about: And it includes Bulls owner Jerry Reinsdorf.

For anyone who’s watched The Last Dance thus far knows, Reinsdorf isn’t getting much blame for his role in breaking up those dominant Bulls’ teams; which won six titles in eight seasons. Instead, much of the blame is on then general manager Jerry Krause, who had a contentious relationship with both Jordan and Phil Jackson — and, according to MJ, even told Jackson that he could go undefeated during the 1997-98 season and would still be fired. Given Krause’s death in 2017, he isn’t around to tell his side of the story, and Charles Barkley thinks that’s a little unfair.

While speaking with Dan Patrick this week, Barkley isn’t so quick to let Jerry Reinsdorf off the hook for breaking up the team, and went in on the team’s owner for being cheap and not wanting to pay some of the Bulls’ best players. Take a look below at what Charles had to say.

“You think about this. He let Horace Grant go, because he became a free agent and [Reinsdorf] didn’t want to pay him. They probably won’t talk about that in the documentary. That’s why he left and went to Orlando. He only paid Michael the last two years. When he had Michael at a bargain, he was happy. So he didn’t want to pay Michael. He paid him those last two years and he had Scottie on a great deal. That’s the reason he broke up the Bulls, strictly because of money. But to try to make Jerry Krause be the bad guy, I thought that was very disingenuous by Jerry Reinsdorf.”

Look, whether or not Charles Barkley’s right here, there’s on thing that The Last Dance hasn’t really talked much about: The fact that Krause was getting his orders from Reinsdorf, who was the one writing the checks. Had Jerry Krause been around today to tell his side of the story, maybe more blame would be on the owner instead of the GM for the role in breaking apart the roster and rebuilding. Sadly, we won’t get that side of the story.

Instead, Krause is often cast as the villain, Reinsdorf can push blame towards his former GM, and every sports fan wonders what may have happened had egos been put aside and the Jordan-led Bulls would’ve just kept things intact.