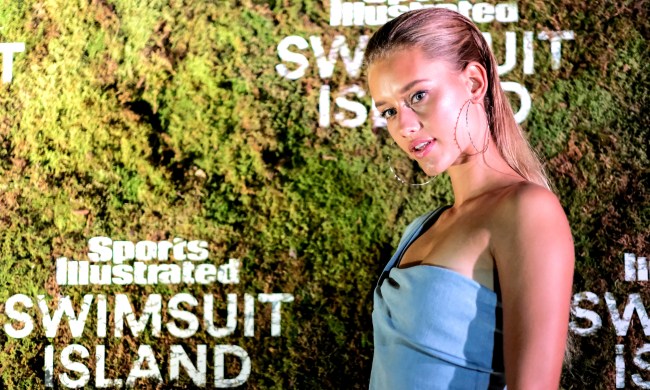 Nothing romantic was ever reported to have happened between Stanton and Lima, but with her track record of dating NBA player Marko Jaric (who she married), MLB pitcher Matt Harvey and New England Patriots wide receiver Julian Edelman, it wouldn’t be all that surprising.

The 30-year-old Stanton was dating Sports Illustrated swimsuit model Chase Carter, but then he was linked to UFC Octagon Girl Arianny Celeste, so who the hell knows what’s going on with him now.

One thing is for sure. The 23-year-old model is definitely no longer interested in the Yankees’ slugger (she unfollowed him on Instagram) and appears to have switched coasts with her MLB allegiance as over the weekend she posted a picture in an Instagram story of herself hanging out and holding hands with the Los Angeles Dodgers’ 25-year-old All-Star Cody Bellinger, who she tagged in the photo.

Life is good when you’re a pro athlete.

@cubs THANK YOU SO MUCH FOR LETTING ME THROW OUT THE FIRST PITCH. Happy I made everyone proud #strike #thankgod #nowtodayisgoingtobegood @si_swimsuit @imgmodels