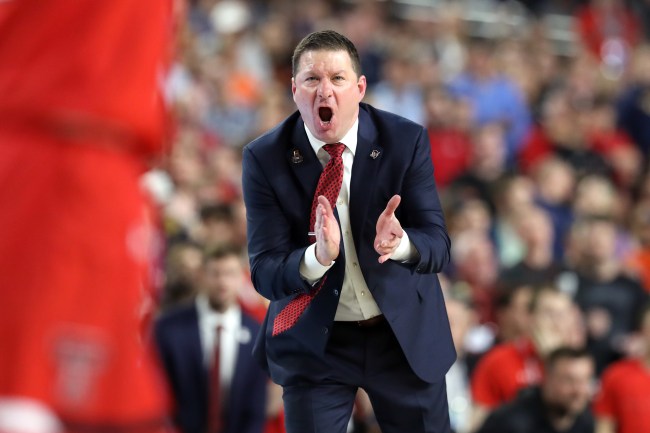 In his postgame interview following what was nearly the first college basketball national championship title for Texas Tech in 95 years, head coach Chris Beard could have aired his grievances about some dicey officiating in key spots.

Virginia players trip themselves and ref calls a foul on Tech. If only he had a good view of the play 😳 pic.twitter.com/rmbfcRjgeT

Instead, the 2019 AP National Coach of the Year decided to heap praise on his opponents and express his pride in a team that wasn’t expected to make it to the final Monday after losing four starters last season, including a first round pick in Zhaire Smith.

Thank you. Thank you for those four seniors believing in us when were picked to not even to be relevant in our conference and here we are playing on the last Monday night and sending a Virginia team to overtime. Thank you for everything you’ve done for our program. And for the young guys, the returners, let’s do everything we can in the next 365 days to try to get back.

Why am I suddenly feeling emotional? I had no dog in the fight. Sports, man. Nothin’ like ’em.