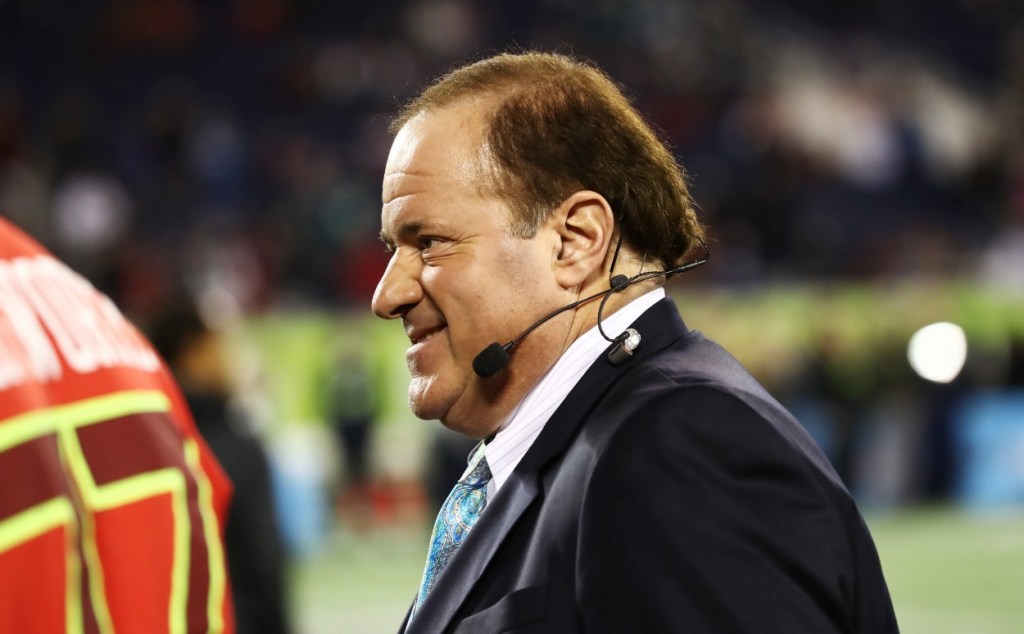 Chris Berman is a living legend in the sports world. He joined ESPN a month after it launched in 1979 and he went on to win the “National Sportscaster of the Year” six times.

I 100% don’t need to mention Chris Berman’s legendary sports calls because they’re so iconic but I will anyway. He’s the man behind “He could…go…all…the…way!” and “Back, back, back, back…Gone!”

Berman is also the man who invented the ‘WHOOP’ call and as a guest on Pardon My Take he shared how he came up with ‘whoop’ to describe NFL Hall of Famer Barry Sanders. Chris also went on to explain the secret to pulling off an epic ‘whoop’.

Chris Berman Explains How His Iconic ‘Whoop’ Came To Exist

In this Pardon My Take clip below, Chris Berman shared the origins of his ‘whoop’ and the key to a great one. If you’re a reader and not a watcher, I’ve transcribed some of it below but the clip is great as we get to hear the stories straight from Berman himself.

When Boom dropped the little whoops for Barry Sanders change of directions >>> pic.twitter.com/QIubKJT8KK

Here’s Chris Berman breaking down where his ‘whoop’ came from if you’d rather read than watch:

“Rumbling, bumbling, stumbling, and fumbling would be part of it but the ‘Whoop’ came from Barry Sanders. It came as a ‘woah there’s no other way to describe (Barry). I think his ankles were bionic. Tommy (Jackson) and I both think this because there’s no way you could swivel as a human being like that. So that was the ‘whoop’ and the ‘whoop’. That was Barry’s moves, Barry Sanders is the impetus for that.

And now it’s anybody that does that. I get stopped all the time, like 15 or 20 of them going ‘whoop! whoop! (they’re) like ‘say it’ and they go nuts. So now I’ve moved into the squealed pig but it starts with Barry Sanders and of course a Lamar Jackson type of player you would od it with. But that’s where it came from, out of respect for Barry.”

Imagine being Barry Sanders and you were such a superhuman athlete that the sportscasters had to invent new words to describe how freakishly awesome you were.

Pardon My Take co-host PFT Commenter then asks Boom about the key to pulling off a great ‘whoop’ and here’s Chris Berman’s answer:

There was one on a Washington player (J.D.) McKissic. It was at halftime, right? So it was the first real ‘whoop’ of the season that I could crank out on a halftime play. I do think of that every now and then, early in the year let’s put more ingredients in a little bit.”

The PMT hosts shared how they do their own whoops because they like it while Boom’s is iconic and he kicks it right back to them that the ‘whoop’ is public domain. If you enjoy the whoop then whoop. Don’t let anyone anywhere stop you from whooping just because Chris Berman invented the whoop to describe the freakish ankles of Barry Sanders.