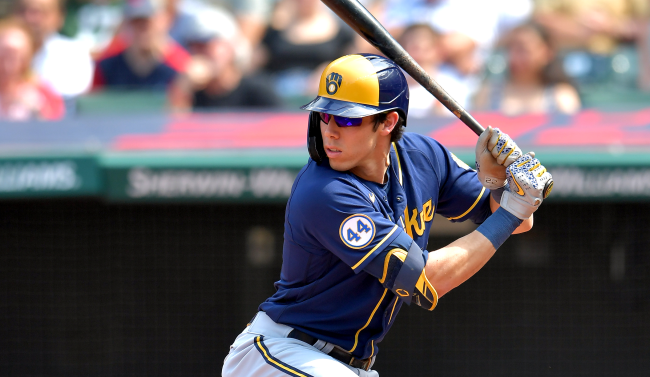 Tis the season of giving in the world of sports it seems… at least for this week. Christian Yelich, star outfielder for the Milwaukee Brewers, just bought 10,000 tickets to the upcoming series versus the division rival St. Louis Cardinals and gave them away to the home fans for free.

The Brewers are perhaps the biggest surprise in Major League Baseball, sporting a dominant 89-56 record and a 13-1/2 game lead over the second-place Cardinals in the National League Central after finishing fourth in the shortened 2020 season.

“The fans are a big part of what we have accomplished this season,” the 29-year-old Yelich said in a statement. “We want American Family Field to be rocking for that last homestand. And we want to give back in a way that shows how much we all appreciate the enthusiasm and support of the best fans in baseball.”

Yelich, the 2018 National League Most Valuable Player, signed a nine-year, $215 million contract with Milwaukee prior to the 2020 season, after being traded to the Brewers by the Marlins after the 2017 season, can definitely afford it.

Related: Fans React To College Football Coach Promising To Buy Beer For Everyone At This Week’s Game

The Brewers, if all goes according to plan, will officially clinch the division this weekend or during the four-game series versus St. Louis which begins on Monday.

The tickets are all gone!⁰⁰Thanks again to @ChristianYelich for helping get the Crew out to the ballpark.⁰⁰Watch the Brewers chase the NL Central crown! Buy tickets for the final homestand of the regular season (9/17 – 9/26): https://t.co/zeYIr2rrA6 https://t.co/en3P1Q73tX

That is a pretty awesome dude right there. Milwaukee have some true pros in Yeli and Giannis, not to mention the other players.

Thanks so much @ChristianYelich! Love watching the crew!

Of course, as is always the case, not even that was enough for some people.

Hey @Brewers, if tickets are being given away for free, why should fans still have to pay an online ticket fee? Especially since the only option is to get them online