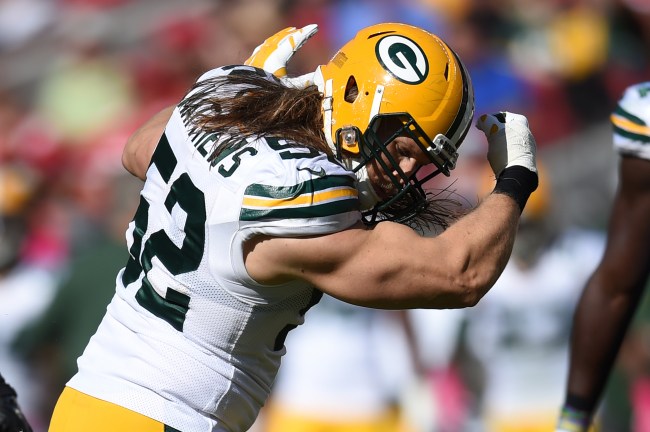 Stop me if you’ve heard this before, but the story of a nationally televised professional football game are the men in stripes.

America watched the Lions get robbed on Monday Night Football after the refs did what we all thought they would–interfered with the outcome of the game by doing their jobs poorly.

On Tuesday morning, instead of fans focusing on Aaron Rodgers’ picturesque game-winning drive, the No. 3 trending topic on Twitter in the United States was “#LionsVsRefs.” The No. 6 trending topic was “#nflofficiating.”

Here are the two "hands to the face" penalties called against Lions DE Trey Flowers in the 4th quarter #DETvsGB pic.twitter.com/fWCFCccJzg

The officiating has been so bad that even former Packers linebacker Clay Matthews weighed in on the calls that ultimately were advantageous for his former team.

The storyline for the 2019 season continues to be the refs inability to make the accurate and correct calls week in and week out. Al Riveron continues to blindly side with his refs and the current status quo. Something must change! Zero accountability. …#throughthewire

Speaking of zero accountability, referee Clete Blakeman spoke to ESPN about how his crew got it so wrong, throwing most of the blame on umpire Jeff Rice.

“The umpire threw both of them,” the referee said. “The last one was really the only one I’ve discussed with him. Basically, it’s for illegal use of the hands, hands to the face foul. To be a foul, we basically need some forceful contact that’s prolonged to the head and neck area of the defender.

“So, in his mind he had pinned him back, it was prolonged, and that’s what created the foul.”

Maybe Desmond Howard is onto something when he suggested that the best way to stop indescribably horrible calls is to start monitoring the refs’ bank accounts.