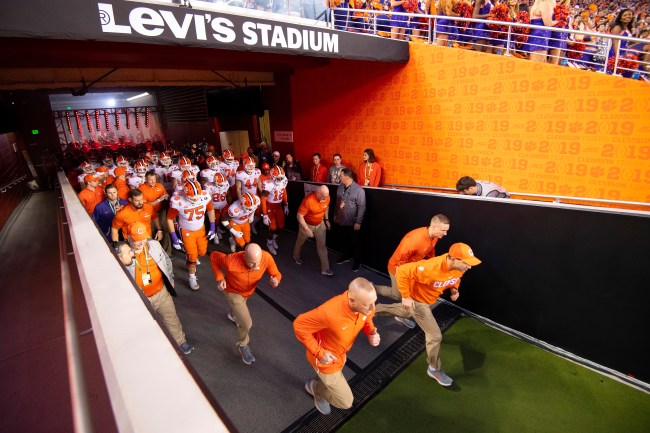 Yep, I’ve officially made up my mind. When I have a son or daughter, they will not be playing sports. They will be in the bleachers with a pen and paper learning offensive and defensive schemes with a Sean McVay-esque attention to detail. Zero concussions. Many monies. And they won’t need to coach in the NFL. Or even be a head coach for that matter.

Clemson has won two national titles in three years and some of those financial dividends are being spread amongst the coaching staff.

The Clemson board of trustees on Friday approved $150,000 raises for Elliott and Scott, who will now make $1 million annually, ESPN reports.

Tigers defensive coordinator Brent Venables was the second-highest-paid assistant in the Football Bowl Subdivision this past season with a $2.2 million salary, according to a database compiled by USA Today, giving the Tigers three assistants making more than $1 million.

Clemson’s Elliott and Scott have done an incredible job since replacing former offensive coordinator Chad Morris 2014, going 56-4 in that span and ranking third in the FBS in total offense, fourth in scoring, and 10th in rushing during a perfect 15-0 season.

Clemson is reportedly waiting until later this year to hike up head coach Dabo Swinney’s annual salary of $6 million.