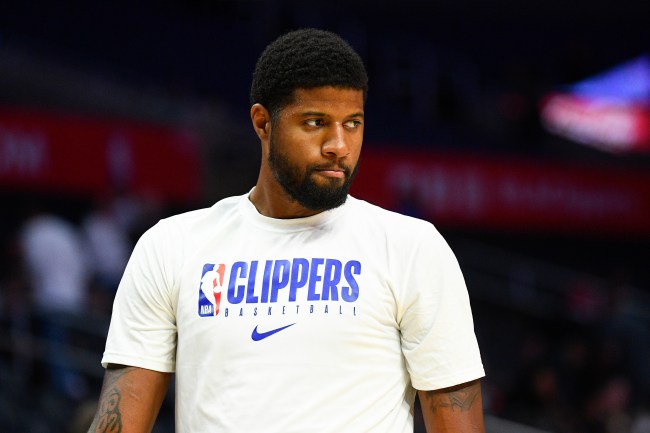 There are few things the internet comes together in agreement on anymore, but one of them is universally hating on newly stylized uniforms. Some of this distaste is a product of us being creatures of habit, but most of it is because many of the remixed uniforms are very bad.

Sports Illustrated’s NBA preview cover this year features the Los Angeles Clippers’ new ‘City Edition’ jerseys for the 2019-20 season, which they will wear for their November 22nd home game against the Rockets and again on Christmas Day against the Lakers.

Dare I say, I genuinely believe these to be dope.

How did the Lakers let the Clippers get the harder city edition jerseys? pic.twitter.com/JUK5jFN16i

If that font rings familiar, maybe this image will help jog your memory.

This is no coincidence.

Cartoon’s newest creation earned him some hate from the always-hating Twitter-verse.

Clippers new jerseys look like something you create on 2k when you become an expansion team 😂 pic.twitter.com/mmS8xy6tna

These San Andreas Clippers jerseys might actually be the worst I’ve ever seen. Anyone and everyone wearing this goofy shit deserves to get snuffed. pic.twitter.com/VitHBPKIgC

These Clippers jerseys look like a gang sponsored AAU team from a made for tv movie.

Congrats to the Lakers on winning the West pic.twitter.com/V922mhs5JJ

The internet is a zero sum game.