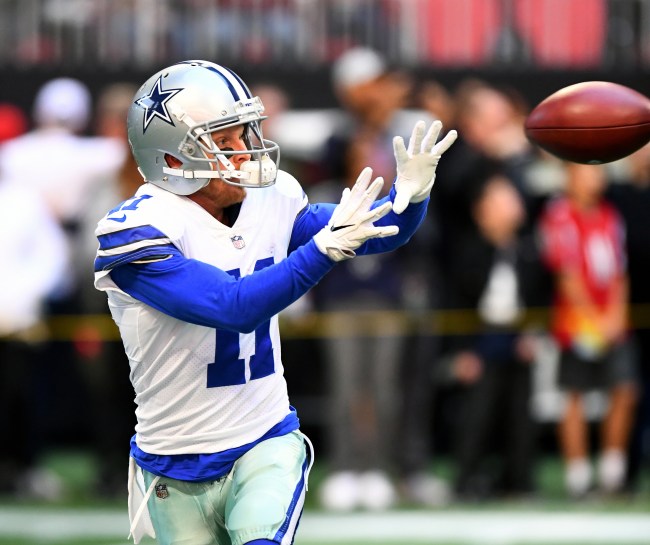 Cole Beasley, a professional rapper who plays football in his spare time, is a free agent who’s nearly 30 years old. The 5’8” slot receiver is seeking $20 million guaranteed in his next deal.

This past season, Beasley’s per-game targets dropped from 6.14 to 4.45 after the Cowboys acquired No. 1 receiver Amari Cooper from the Oakland Raiders. Despite the drop in opportunities, 2018 was the second best of Beasley’s career, with 65 receptions on 85 targets and 672 yards. In his seven year Cowboy career, Beasley has amassed over 3,200 yards and scored 23 touchdowns.

Clarence Hill of the Fort Worth Star-Telegram reported that the veteran receiver’s asking price may be too much for the Cowboys to keep him, especially considering Amari Cooper can do the lion’s share of Beasley’s job.

Beasley’s $20 million guaranteed demand was mocked relentlessly on social media for being too rich of an ask for a player whose role has been diminished in Dallas’ offense.

Beasley is blocking out the hate, while retweeting a report that leading slot receivers Golden Tate and Adam Humphries are seeking $10-$14 million a year on an open market. He also posted a message to his naysayers.

What you guys think? Would the Cowboys or any other team in the league be suckers for shelling out $20 mill guaranteed (not to be confused with per year) for Cole Beasley?