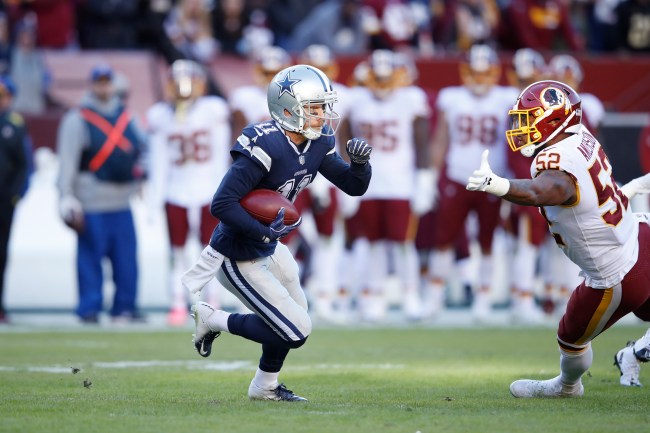 Cole Beasley is officially moving on from the only team he’s ever known.

The 29-year-old slot receiver has agreed to a four-year, $29 million deal with the Buffalo Bills, according to NFL Network’s Mike Garafolo.

Beasley, who was mocked online for seeking $20 million in guaranteed money, will receive $14.4 million guaranteed from the Bills and $17 million over the first two years.

Despite Beasley’s diminished role in the offense, the seven-year veteran finished 2018 with 65 receptions on 85 targets and 672 yards, the second best numbers of his career. Over the past four seasons, Beasley averaged 57 catches, 600 yards and more than 4 touchdowns per season.

After news broke of Beasley’s departure, the part-time rapper took to Twitter to say his goodbyes to the people of Dallas.

I’ll always love #cowboynation and I appreciate the time we have had together. Thanks to the jones family for giving me a shot. Excited for this new journey. Can’t wait to get started in Buffalo. Let’s go! #BillsMafia