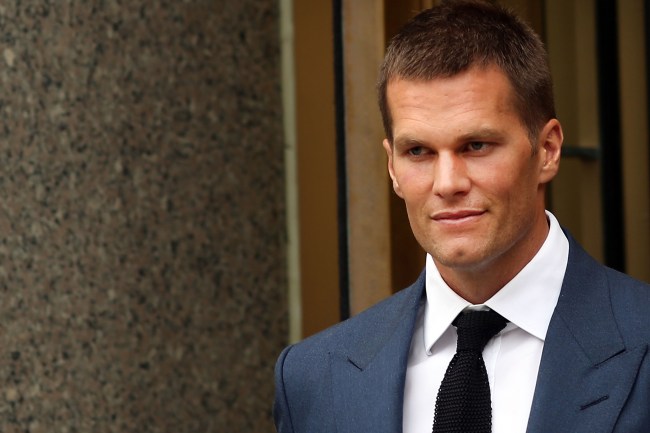 Colin Cowherd is one of the most entertaining sports talk radio hosts on the planet, and is never shy when it comes to offering up an opinion or giving some insight on hot topics. Of course, that doesn’t mean he’s always right, as the outspoken FOX Sports personality has been roasted for being wrong on plenty of things in the past — like his NFL Playoffs picks a few months ago — but that’s not going to stop Cowherd from doing his thing; nor should it.

While Cowherd is sort of a mix between a serious sports reporter and a talking head just used for entertainment, there’s no denying the guy is well-connected, meaning he has some validity on the things he says lots of times. And, while everyone wonders where Tom Brady’s going to end up now that he announced a split with the New England Patriots, Colin Cowherd claims he’s already got word from an “icon source” that the future Hall of Famer is going to sign with the Tampa Bay Buccaneers, with the announcement coming as early as Wednesday.

During a segment this morning on his radio show, here’s what Cowherd had to say about what he’s heard, going into great detail about all the options Brady has been linked to, and explaining why his source said the quarterback will end up in Tampa.

"I was told that Tom Brady signs tomorrow with Tampa Bay."

“I was told 35 minutes ago that Tom Brady signs tomorrow with Tampa Bay,” Cowherd said. “He had made a decision and talked to Tampa Bay yesterday. He was willing to re-sign with New England but he watched Stefon Diggs and DeAndre Hopkins go to other franchises and then called Robert Kraft an hour and a half later and says ‘I’M OUT’… I am told Tampa is the choice and he will sign tomorrow… This is not a ‘football source’, it is a ‘Icon’ source, and somebody in Tom’s stratosphere that knows Tom and who is a famous person. He says Tampa.”

Look, I’m not doubting that Colin Cowherd does, in fact, have some “icon source” who might be linked to Tom Brady, but I am doubting that this is going down exactly as the FOX Sports personality claims it is. Tampa has been linked to Brady for the past month or so — and are actually the betting favorites to land him at the moment — but how is Cowherd the only person in sports media reporting this? How haven’t people at ESPN or NFL Network been filled in on this yet? For that reason, and because Colin’s track record has been questionable in the past, we’ve all got to take this with a grain of salt. That’s not to mean it doesn’t happen, but I doubt Brady already has his mind made up at this point.

No matter where Tom Brady ends up, it’s going to be weird to see him in anything but a Patriots uniform, and, whether we get an announcement today, tomorrow or in a few days, there will be plenty of rumors floating around about “unnamed sources,” or “a person close to the situation,” or, in Colin Cowherd’s case, “an icon source,” so until we hear something definitively from Brady himself, we’re all just spinning our own wheels.