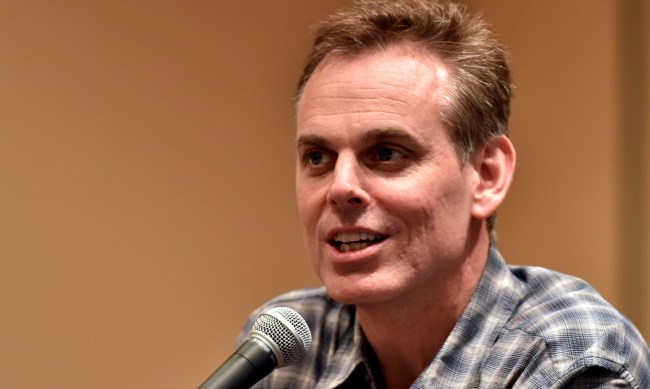 Much like his contemporaries in sports talk, Skip Bayless and Stephen A. Smith, Cowherd has carved out a considerable living spewing hot takes, regardless of whether or not they are correct, or even make any sense.

In addition to Baker Mayfield and LeBron James, one of Cowherd’s favorite topics of late has been where future Hall of Famer Tom Brady will be playing in the 2020 NFL season.

Since the 2019 NFL season ended, numerous teams have been mentioned as potential suitors for the six-time Super Bowl champion including the Raiders, Buccaneers, Bears, Browns, Chargers, Cowboys, Raiders, Colts, Titans, Cowboys, 49ers, and, of course, the Patriots.

📺@ColinCowherd: "Reliable sources are now saying Brady for Garoppolo in a quarterback swap is a 50/50 chance...

...Take a deep breath! Brady is 43 & Garoppolo will take them back to several Super Bowls" https://t.co/OI7Qhb5HrC

Colin Cowherd pur together 9 “Tominoes” of what would happen if Brady signed with the Raiders.

What? The Bears, Bucs, and his nemesis Baker Mayfield’s Browns are no good?

No matter where he ends up, he will go on air the next day and say “Joy we had it correct when everyone said he would never go to _____ we were right again”

Colin: You heard it here first folks, I have said all along that it just makes sense that Tom Brady belongs in ________. Now Joy with the news.

Slowly but surely covering all the bases before March 18 🙄

Colin has four hours to fill every day and he can only talk LeBron for 3 of those hours.