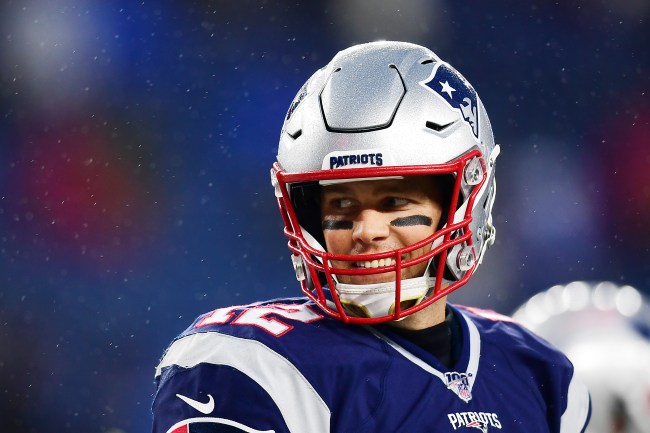 Colin Cowherd was on one this morning, guys. Sure, that can be said about the loudmouth radio host pretty much every single day, but, damn, the dude must have really been sipping something strong on The Herd because he was tossing out some absolutely insane hot takes.

Not only did he suggest that the Philadelphia 76ers think about trading All-Star big man Joel Embiid and build around point guard Ben Simmons — you know, the one who can’t shoot from outside of 10 feet — but Colin Cowherd decided to really go next level with an idea that hasn’t even been talked about: Tom Brady joining the Dallas Cowboys this offseason. If you’re asking yourself “WTF?”, you’re not alone.

Of all the Tom Brady rumors that have been out there, not one involved the six-time Super Bowl champ heading to the Cowboys. Yet, here was Cowherd this morning ranting about how it’s the one place the GOAT should consider if he does, in fact, end up leaving the New England Patriots. Take a look below for the reasons from the outspoken radio host.

There are tons of different rumors about Tom Brady’s future, with teams like the Los Angeles Chargers, Miami Dolphins and soon-to-be Las Vegas Raiders among the franchises most-linked to the future Hall of Famer. But the Cowboys? Well, considering Brady said a few months ago that he’s hated the Cowboys ever since he was a kid, it sort of gives us an idea about where he stands on Colin Cowherd’s insane suggestion.

Even if Brady does have a change of heart and would even be open to joining the Cowboys, why would Jerry Jones choose a 42-year-old with (maybe?) three years left over a guy like Dak Prescott who, at 26 years old, hasn’t even entered his prime? It just doesn’t seem smart at all — which is why Cowherd’s suggestion above makes zero sense.

As one might expect, once Twitter saw the idea of Brady to the Cowboys surface, plenty of people had classic reactions. Take a look below at some of them.

Sometimes I can't stand football's off-season. This is the time of the year smart people say dumb things. Just to keep ratings on a respirator during this time.

“Brady would be perfect at Indy.”

“Brady could go to the LA Chargers.”

“Brady will stay in New England.

Take another hit on the crack pipe Colin pic.twitter.com/DRd7dRXwBD

I’m all for rumors about Brady, but, c’mon now, let’s at least make them a little bit more realistic than this. Colin Cowherd should be banned from talking about this topic for at least a week as punishment for even suggesting something so unrealistic. Take a deep breath and step back from the microphone, Colin.