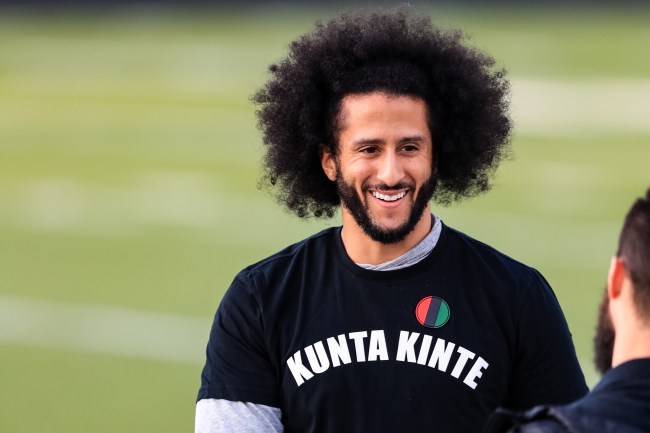 Given the barrage of injuries during Week 2 of the NFL season, many fans may have thought that quarterback Colin Kaepernick would get his chance to rejoin the league — especially with the ongoing Black Lives Matter and the stance the league has taken. Even Commissioner Roger Goodell recently talked about how he wished he had listened to Kaep earlier when the signal-caller quietly protested by kneeling during the national anthem years ago, which seems to have been the closest we’ve seen to an apology for the former 49ers player.

Update: Denver is signing former Jags’ and Rams’ QB Blake Bortles to a one-year deal once he passes his COVID protocols, per source.

With Drew Lock out 3-5 weeks, the Broncos almost signed Bortles last year and now will take the next step this year.

However, after seeing the Denver Broncos sign the inconsistent Blake Bortles to replace injured starter Drew Lock, some fans on Twitter were pissed; and didn’t hold back in ripping the Broncos for seemingly ignoring the better option out there, Colin Kaepernick.

We are adding this crap QB while Kaepernick is still out there? I know Trump has you in his back pocket @johnelway, but come on dude. Blake Bortles?!? SMH John…SMH @Broncos https://t.co/hVt856RiIv

if you believe Blake Bortles deserves a contract before Colin Kaepernick due to ability alone, please come see me for individual sessions. I'm a licensed substance abuse counselor

The @NFL is a league where trash ass Blake Bortles can play but @Kaepernick7 won’t get a chance.

@Kaepernick7 is available and we're calling Blake bortles. This is a bad dream.

How much hatred can John Elway have for Kaepernick?

The 26-year-old Bortles, a former No. 3 overall pick, spent his first five seasons with the Jacksonville Jaguars before becoming the backup for the L.A. Rams in 2019. For his career, he’s thrown 103 touchdowns and 75 interceptions with a 59.3 completion percentage, so it’s not like he can’t hit the broad side of a barn. But, c’mon, those are far from impressive stats, guys.

Still, when compared to the 32-year-old Colin Kaepernick — who, in his five seasons as a starter, threw 72 touchdowns, 30 interceptions, completed 59.8 percent of his passes and added 2,300 rushing yards and 13 rushing touchdowns — many thought the Broncos did the dude dirty by not bringing him in for a workout. Who knows, maybe Kaep got a call and turned down the opportunity (since, you know, he doesn’t really need the NFL anymore now that his voice has been heard loud and clear). Or maybe Denver’s brass really just didn’t think he was capable of leading the team after an 0-2 start?

Kaepernick has long-been blackballed by the NFL, and, while the league and Roger Goodell continue to praise him for leading the movement against police brutality years ago, it’s clear the quarterback’s still on the outside looking in. With Nike recently releasing a second version of their Icon jersey honoring the player — which quickly sold out — it’s clear Kaep is still very popular among fans. Now it’s just up to an NFL team to take a chance on him.