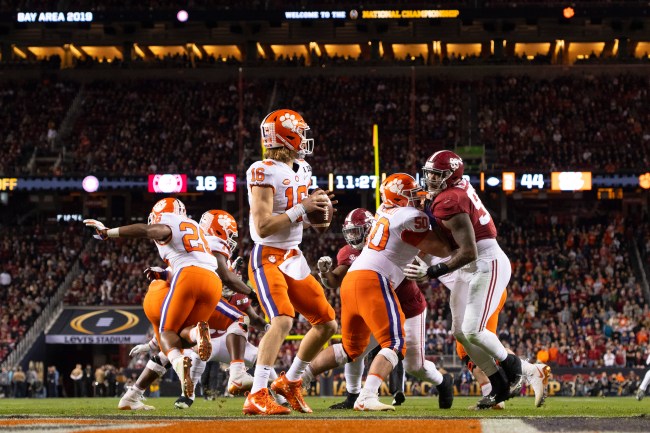 On Thursday afternoon the first major domino in the college football vs. coronavirus game fell as the Big Ten announced that it will be playing a conference-only schedule for the 2020 season. The news came shortly after the Ivy League announced that all of its fall sports, including football, had been canceled.

As of now, the Big Ten is the only Power Five conference to announce the move to a conference-only schedule, but it wouldn’t come as a surprise to see other conferences around the country follow suit.

Interestingly enough, Stadium’s Brett McMurphy sent out a survey polling 130 FBS athletic directors about how the pandemic may affect the college football season and how universities may handle the situation. In April, 99% of athletic directors believed that the 2020 college football season would take place in one form or another. That optimistic viewpoint has shifted based on this latest survey.

The survey revealed nearly three-fourths of FBS athletic directors believe the season’s start will be delayed with a whopping 36% of AD’s suggesting all schools will play a conference-only schedule. Perhaps the biggest change between surveys is that eight athletic directors believe the 2020 season will be scrapped compared to only one with that mindset back in April.

One anonymous AD had offered quite the telling statement.

“I am worried about playing a season and hope we are not selling our soul just to play a season,” a Power Five AD said. “I truly believe we will have games canceled.”

A conference-only schedule is certainly better than no schedule at all, but it will be interesting to see how things shift over the coming weeks as we inch closer to August.