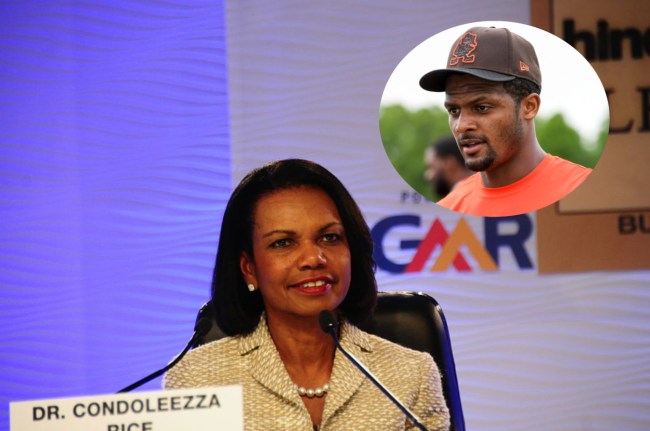 Two Texas grand juries declined to indict him on criminal charges and Watson has denied every allegation thrown his way.

Seemingly everyone has shared an opinion about Watson amid the many allegations, and former secretary of state Condoleezza Rice is the latest to weigh in. Rice, a Browns fan, is waiting for the facts to present themselves.

“I’m someone who believes you keep an open mind until all of the facts are evident,” Rice told The Plain Dealer. “I know the league is doing an investigation, the Browns have done an investigation. I will just wait to see what the outcome is.”

Watson addressed the Cleveland media earlier this week and was asked to respond to the many allegations he’s facing.

“I go each and every day focusing on my task and being the best person I can be,” Watson said. “I can’t control what the other side is doing with the legal process, but, like I said before, I just got to continue to focus on being the best Deshaun Watson I can be for this organization.”

Watson appeared to react to the New York Times report shortly after it was revealed by sharing song lyrics to his Instagram story.