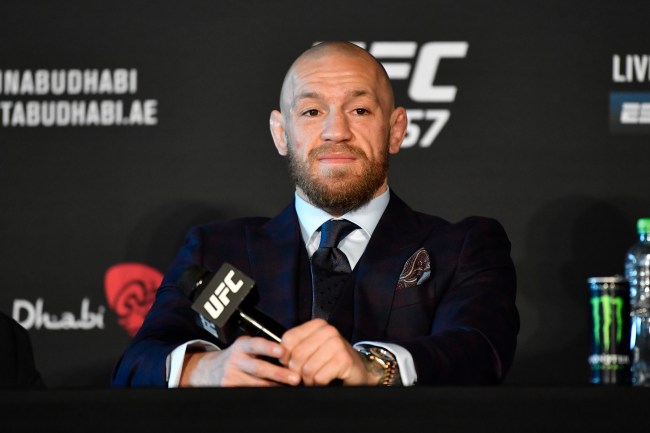 In October 2019, Conor McGregor was convicted of assault for punching a man at the Marble Arch bar in Dublin, Ireland bar for committing the crime of refusing a shot of his signature Proper Twelves whiskey.

Video has surfaced of an April incident in which UFC fighter Conor McGregor appears to punch a old man in the face at a bar in Dublin.#UFC #ConorMcGregor pic.twitter.com/fS9ef1sp9L

After the incident, McGregor expressed remorse for his “unacceptable behavior” and claimed he tried to make amends with the victim, Desmond Keogh. He was also forced to pay a fine of about $1,200.

It has since been reported that McGregor, who recently sold a stake in his Proper Twelves whiskey company for $600 million, purchased the bar the assault occurred at for a price of between £1.4 to £1.8 million ($1.9 to $2.5 million).

Amends were made, and then evidently rescinded, as the new owner has banned Desmond Keogh from stepping into his establishment.

Ye and your mans barred https://t.co/aVM5mcIA3F

The Independent reached out to Keogh, a man in his 50s, about the first rule McGregor implemented as new owner.

“I wouldn’t be going back anyway, probably especially now. I wouldn’t want to be spending money in his pub to be honest.”

Asked what he thought of McGregor bringing his name back up after having been made to apologize to him, Keogh added: “I didn’t really make much of it. It’s no skin off my nose really.”

Keogh said he had been drinking at that pub for 14 years.

Hey guys, I’m thinking about buying Manchester United!
What do you think?

No word on whether or not Cristiano Ronaldo will still have a gig.