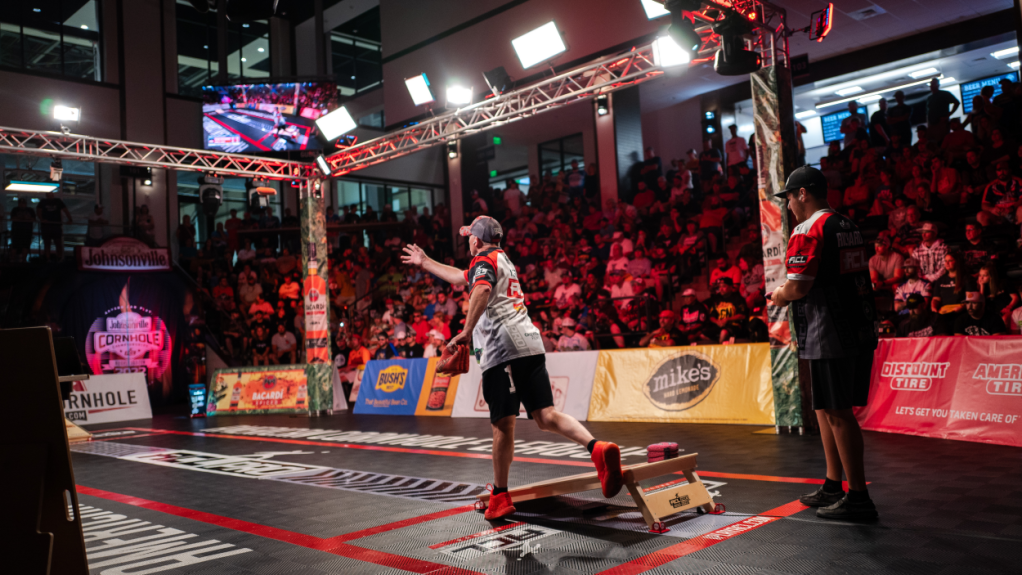 As far as ‘cheating scandals’ go, it has been an unseasonably busy year. First, there was the alleged cheating scandal in the Chess world which later led to a full body scan before a match. Then the Poker world stopped in its tracks so everyone alive could discuss the Garrett Adelstein-Robbi Jade Lew scandal. Now we have drama in the Cornhole world.

The Wall Street Journal of all places was the first outlet to break news about this high-stakes cornhole cheating scandal. What sets this incident apart from the rest, however, is it was determined the cheating wasn’t intentional and the match went on, and then things got weirder!

Both sides were actually found to be cheating in the 2022 American Cornhole League World Championships including the #1 overall ranked team. This all happened back in August, by the way, and the Rock Hill, SC event was even broadcast live on ESPN. But details of the cheating scandal are just coming to light.

The gist of the cheating allegations and scandal is this: the bags have to be regulation size and they weren’t. The ‘bags’ used in the American Cornhole League World Championships must measure 6″ x 6″ when laid on a flat surface.

Mark Richards and Philip Lopez are the #1 ranked doubles team on the Cornhole circuit. There are 155,000 members of the American Cornhole League and these are the two best team players in the game.

So when their opponent, Devon Harbaugh, lodged a complaint during their match alleging their bags were too small (he described them as ‘too thin’) and not 6×6 inches it was a huge deal. As stated above, they found the bags were in fact too small. But the judges determined this wasn’t intentional cheating and allowed the match to continue ONLY FOR THEM TO DISCOVER the other team was also playing with bags that were too small.

A spokesman for the ACL told the Wall Street Journal “It’s possible, but I’m pretty confident that it wasn’t intentional.”

Cheating met with cheating but nobody was technically ‘guilty’ because neither team cheated on purpose. And this was all in pursit of a $15,000 cash prize.

Everyone had cheating jokes on social media

A high-stakes cheating scandal in CORNHOLE is objectively funny. It’s even funnier when the ‘cheating’ was uninentional but still made headlines in the Wall Street Journal. Naturally, everyone had jokes about it on social media.

One person in the ‘Addicted to Cornhole’ Facebook group joked “I think it’s funny that anyone believed it would be all friendships and rose petals forever in cornhole. Now the dirty underbelly is being exposed.” Over on Twitter, everyone has jokes as well:

I can't even keep up with the niche sports cheating scandals anymore. https://t.co/YxHVlE2Oif

And you thought the chess cheating scandal was bad. Welcome to the Cornhole cheating world. https://t.co/ncTMoKEdMA

It feels like we’re minutes away from a competitive Underwater Basket Weaving cheating scandal.

How did I forget about the cheating scandal in Bass Fishing?!

First it was a Chess scandal, then came Competitive Irish Dance fixing follow by a Fishing scandal and now Professional Cornhole Has a Cheating Scandal Called BagGate https://t.co/D3rW2SMPIJ

If you missed the competitive bass fishing cheating scandal, check that one out here. The cornhole issue was resolved and the match went on but this bass scandal is a doozy:

We've got some MAJOR drama on our hands thanks to a cheating scandal in the world of pro fishing https://t.co/HJ1TzOcSZc