Javier Baez Says Cubs ‘Respect’ Anthony Rizzo’s Decision Not To Get Vaccinated: ‘He Just Doesn’t Believe In It Right Now’ 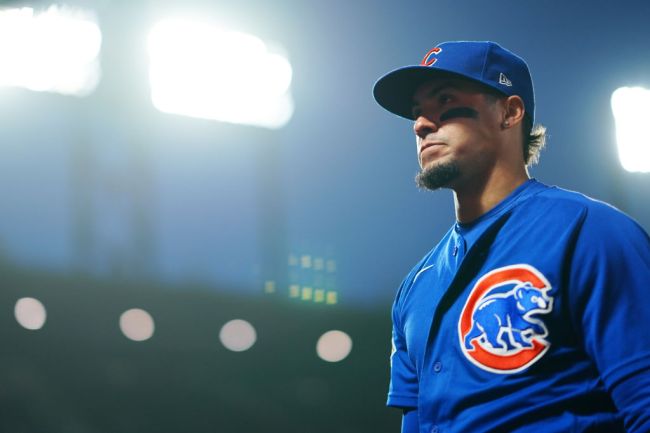 Anthony Rizzo revealed on ESPN radio ahead of the Cubs’ matchup against the Cardinals on Friday that he had chosen not to get vaccinated for COVID-19. The news of his decision created quite the reaction as some people called for Chicago to trade him while others showed their support.

Following the Cubs’ win over St. Louis, Rizzo explained that he understood the controversy surrounding his decision.

“I love my teammates and love this franchise,” Rizzo said after the game, according to ESPN. “This is bigger than baseball. This is a life decision. It weighed hard. It’s a decision I made and I stand with, and obviously there are people that are going to hate me and think I’m disgusting. And there are going to be people that side with me, but it’s out in the open.”

The Cubs are one of just eight teams in MLB yet to reach the 85% vaccination threshold, which would allow for a loosening of restrictions. It’s worth noting that the MLB has not mandated players to get the vaccine.

Rizzo announcing that he wouldn’t be getting the vaccine – at least not now – makes it that much harder for the Cubs to reach that 85% number.

So, how do his teammates feel about it? Shortstop Javier Baez explained after Friday’s game that the team does talk about getting to that threshold mark, they even “argue” about it, but ultimately the team respects Rizzo’s decision.

“We discuss it,” Javier Baez said. “If you want to call it, ‘we argued about it,’ but at the end of the day, we respect each other.

“He just doesn’t believe in it right now, and we respect his decision. … The vaccine was made pretty fast, and a lot of people don’t believe in it. I got vaccinated because I have kids and want to protect them.”

Rizzo is a cancer survivor having been diagnosed with Hodgkin’s lymphoma when he was 18-years-old. He reportedly told ESPN radio that he did consult with doctors about the decision not to receive the vaccine.