Curt Schilling And Jose Canseco Get Into Twitter Beef Over HOF Vote, Because Of Course They Did 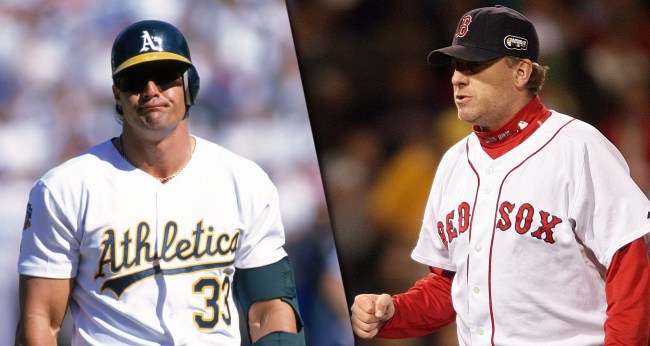 The Baseball Hall of Fame voters decided on Tuesday that not one of the eligible former Major League Baseball players deserved to be enshrined this year. This included someone many thought would, in fact, get the required 75 percent to gain membership into the elite club: Curt Schilling.

One person, a former player himself and a pretty good one in large part to some chemical assistance, Jose Canseco, made his feelings about Schilling and the Hall of Fame very clear on Twitter.

If there is one thing you can always count on, it’s Jose Canseco going after baseball players he considers to be frauds.

Curt Schilling would be a disgrace to the Hall of Fame

I’m not sure what criteria Canseco is using as his reason for saying Schilling getting into the Hall would be a disgrace, but that was all it took for the two of them to get into a war of words on Twitter.

It was about as stupid as you would expect.

Not nearly the disgrace you and your career was to the game.

Cheated your ass off and I still owned you.

Guess Schilling won’t be buying any more of Canseco’s supercars, huh? Maybe this will finally get Schilling into the boxing ring with Canseco like Jose’s been wanting to do since way back in 2008.