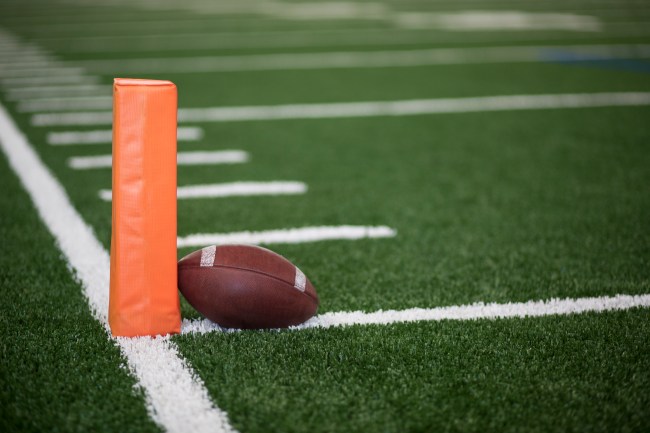 Article was written by Ricky Sanders of Elite Fantasy

Similar to playing tournaments in any other daily fantasy sport, those deciding to play NFL GPPs need an understanding of how to stack. Of course, stacking refers to targeting multiple players either on the same team or from the same game depending on the goal of a lineup. The reason stacking is used to win tournaments of all sizes is due to the correlation factor. If a quarterback (QB) is going to produce an outlier positive performance then at least one of his pass-catchers is going to benefit from such a performance. When a QB throws for four-plus scores, that quite often leads to multiple players catching touchdowns (TDs), and that is before even discussing the yardage.

Different forms of stacking can be deployed and an understanding of stacking rules are necessary to succeed. If an offense is likely to be concentrated, meaning only a lucky few are destined to see heavy volume, whether it be via receiving or rushing volume, then there is not as much of a need to play multiple players alongside the team’s QB. If the offense is a lot more spread out, and there is a team where a plethora of pass-catchers that can see 17-plus percent of the receiving market share on a week-to-week basis, then multiple pass catchers can be played in the same lineup with the QB.

For example, in 2019, Michael Thomas and Davante Adams led the NFL in target percentage at 32.6-percent and 31.6-percent respectively (including playoffs). If targeting those offenses in daily fantasy, more often than not, most of Drew Brees’ and Aaron Rodgers’ production came from throwing to those players specifically. When either QB posted their best games, it was due to performances from their main receivers. Therefore, any time users went to build a Saints or Packers passing stack, Thomas and Adams were absolute musts in those stacks. On the other hand, the Seahawks offense spread the ball around, with Tyler Lockett, D.K. Metcalf and Jacob Hollister all seeing over 17-percent of the market share. Consequently, targeting the Seahawks was more complicated, because multiple players had the potential to go over 100-yards and a score if Wilson were to throw for 350-plus yards and three-to-five TDs.

Beyond determining how many pass-catchers and/or offensive weapons from the same team to choose, fantasy owners need to determine whether the game environment is conducive to a shootout as well. Multiple times a year, teams will play in offensive bonanzas that inevitably end up winning slates. An offense is more motivated to continue scoring when their opponent goes out and scores and keeps a game competitive. If expecting (or predicting) a game environment to play out this way, then it is necessary to play a player from the opposing offense in the same lineup with a multi-player main stack.

In my builds last year, I put all these strategies into action, sometimes together in the same lineup. Single stacks were my focus on multiple different occasions for concentrated offenses. Example number one was a week where Daniel Jones was priced extremely cheap and tight end (TE) was ugly. Since the receivers were tough to predict, I left them out of the equation, and targeted multiple players from another concentrated offense on the same team…except they were the high volume receiver and high volume RB together. Essentially, this lineup included multiple stacks in different ways paired together:

A simpler interpretation of single-stacking was this next lineup that simply included a QB/WR stack and then two players from a separate game stack in the same lineup together:

Lastly, my final screenshot lineup included the Seahawks example from above where multiple pass catchers needed to be included with Wilson if he were going to win a tournament. In Week 9 of last season, he did just that in a game that went to overtime (OT), and I happened to play Wilson alongside three of his pass-catchers (mostly because Jacob Hollister was so incredibly cheap and he made the lineup work). Here is how it paid off:

Another way to use stacking would be to target a running back (RB) and defense on the same team. The thought process behind this stack is a team will often run quite a bit late when winning and the defense will benefit because winning teams typically allow fewer points. Many grinders deploy this strategy but it is not one I personally put much stock in unless it happens to fit perfectly within salary cap constraints for a given lineup.
Stacking is the most difficult aspect of tournament lineup building to understand as it simply comes down to contest selection after understanding the mindset. Some grinders prefer to play single-entry and three-max contests whereas others prefer mass-multi entry (MME) and playing the different contests is an art in itself. Brian Healy dedicates an entire article to contest selection, but understanding the mental aspect of GPP formats is important to cover in this piece.

Essentially, analyzing the player pool and understanding how comfortable a user is avoiding presumable popular players should determine the format played on a given week. If completely comfortable having zero exposure to a few of the highest-owned plays, then single-entry and three-max format is the way to go. If the chalk fails, there will likely be less entries in these sorts of contests, so there would then be a clearer path to a top finish. On the other hand, if undecided on how to feel about the chalk, building a mass number of lineups and playing both ways is the preferable approach. Therefore, you can middle your opinion about a player and, in tune, both play and fade them.

Last year, I wrote a GPP review article for a competitor in the industry and can only recall one equation in which a naked QB won any sort of competition with a big money first prize, and it was a higher-stakes three-entry max sort of setup. Other than that, the sorts of constructions that won were all over the map. Sure, there are some hard-and-fast rules to follow, like gaining correlation in a lineup whenever possible, but there is still a degree of freedom in lineup building. Of course, building lineups should be fun, so feel free to personalize your lineups with your instincts while simply being smart in the process!