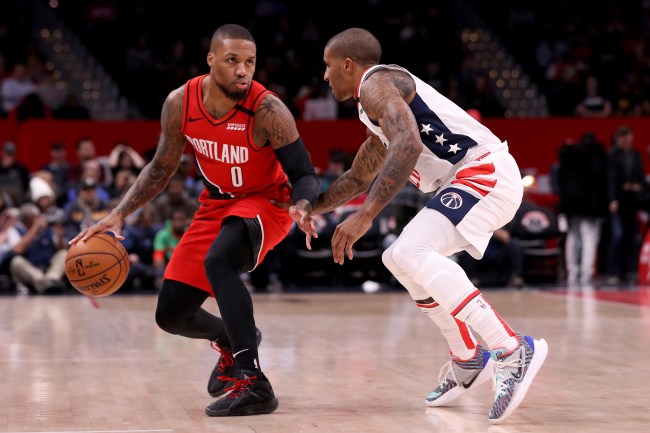 Damian Lillard has been an NBA All-Star four times since entering the league in 2012, so he knows the good and (very) bad of the entire weekend. Sure, the event is nothing more than a popularity contest that shows off the personalities of some of the best ballers on the planet, but, let’s be honest, when it comes to the game itself, it’s an absolute snoozefest, with both teams allergic to playing any defense at all, shot selection being absurd, and the general tone of the contest being nothing more than what it is; an exhibition of talent.

That’s great to watch when you’re a kid and just want to watch every shot go through the basket, but it’s awful when you actually know a thing about basketball, understanding that a three-on-three game down at the local rec center is a better display of all-around skills. Obviously, for the NBA to get any ratings at all, something has to change.

While talking to the Pull Up podcast, McCollum relayed Dame’s suggestion to improve the overall experience of the NBA All-Star Weekend and add a little bit more intrigue, offering up a wild idea to have a one-on-one tournament that would end with cold hard cash. Take a look at some of the details below.

On so many levels, yes, this needs to happen. Could you imagine LeBron James going against Kawhi Leonard — who Stephen A. Smith recently suggested was too scared to guard the reigning NBA Finals MVP? Or how about James Harden’s offensive skills being tested against reigning NBA MVP Giannis Antetokounmpo? Or give us the filthiness of Luka Doncic against Trae Young in a battle between two rising superstars who were traded for one another during the 2018 NBA Draft.

Sure, this is nothing more than a pipe dream from Damian Lillard, but if the NBA’s already looking at reseeding the playoffs to better machups, why not entertain an idea like Dame’s for a meaningless game to draw more fans? C’mon, Adam Silver, do it!