Daniel Jones’ Plan To Improve In His Make-Or-Break 4th Year Is To… Hit The Deck Quicker? 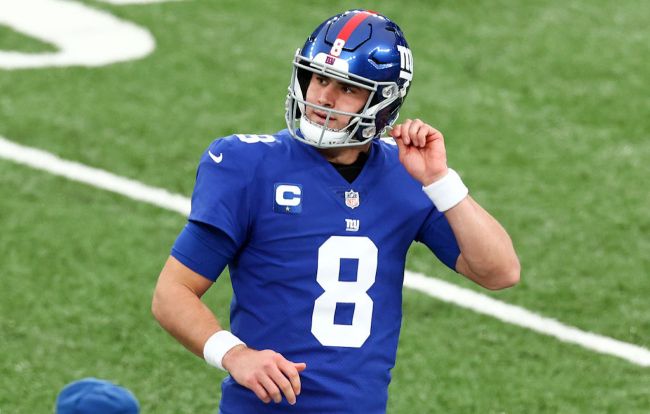 As a (life)long-suffering New York Jets fans, I’m certainly not in the position to poke fun at other NFL franchises, particularly one that’s won two Super Bowls during my lifetime. That said, there’s simply no denying that the New York Giants have been equally as pitiful as their Metlife Stadium roommates over the last half-decade or so, largely due to both teams’ lack of a franchise quarterback.

Given that Daniel Jones is now entering his fourth season and the Giants have yet to give him an extension, it’s safe to assume that the G-Men aren’t sold on Danny Dimes leading the franchise into the future. That said, the team still looks like it’s going to head into the 2022 season with Jones as their starter, giving the former Duke product one last year to prove himself.

And how is Jones going to prove that he’s *the guy*, you ask? By… going down quicker?

“I think more than anything it’s just being aware in certain situations, and making the decision to go down earlier. I think there’s things you can watch on tape and learn from it, and I’ll continue to learn,” Jones said to reporters during the Giants’ recent OTAs.

Well, there you have it, Giants’ fan: DJ has cracked the code. The key to becoming a quality NFL starting QB is to admit defeat to the defensive line as early as possible.