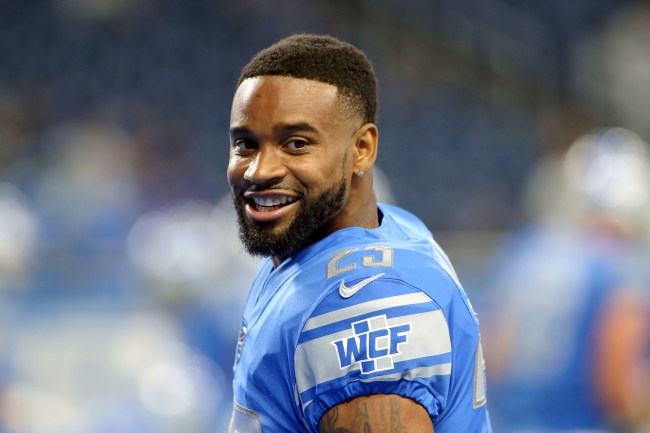 Darius Slay is one of the better cornerbacks in the NFL, as the Detroit Lions defensive back has reached back-to-back Pro Bowls and was even named as a First-Team All-Pro in 2017. Given his success on the field, it would seem insane to think that the Lions would want to trade Slay, yet, in the days leading up to the NFL Trade Deadline the other day, his name floated around as a possibility to be moved.

While Darius Slay, ultimately, didn’t get traded and remains with the Lions, it doesn’t seem to have bothered him either way. How do I know that? Well, when asked about his thoughts on not being traded after the deadline had passed, the cornerback gave a very simple answer: “I don’t care, I’m a millionaire, dude.”

Legit, that’s one of the best (and most honest) answers I’ve heard in a long time from a pro athlete. No beating around the bush. No politically correct BS. Just straight up honesty.

Of course, Darius Slay didn’t only say that when asked about his feelings after not being traded, so here’s his full response — which makes it obvious that the dude understands that the NFL is nothing more than a business.

Slay last week expressed his displeasure about the team’s decision to trade starting safety Quandre Diggs to the Seahawks. He said Wednesday no one in the organization spoke to him about his comments, and Slay added he didn’t care whether his words got him traded.

“I didn’t care if they did; that’s the thing,” Slay said. “The whole point of time, y’all don’t understand it that I didn’t care if I did. It is what it is. It’s a whole business. All I was doing here is playing ball, trying to win games.”

Darius Slay might be the most chill pro athlete on the planet. While getting traded might seem like a real pain in the ass to other people — with the whole switching teams, moving, learning a new system and all that — the 28-year-old was just fine with whatever happened because, at the end of the day, he’s got his millions in the bank. Classic.

Slay, who, in the offseason said that “everyone in the world” knows he’s underpaid, is making $12.55 million this season in the third year of a four-year extension, and is slated to make $10 million in 2020. So, yeah, the dude definitely is a millionaire with (probably) little worry about which NFL team is paying him, just as long as the big checks keep coming.