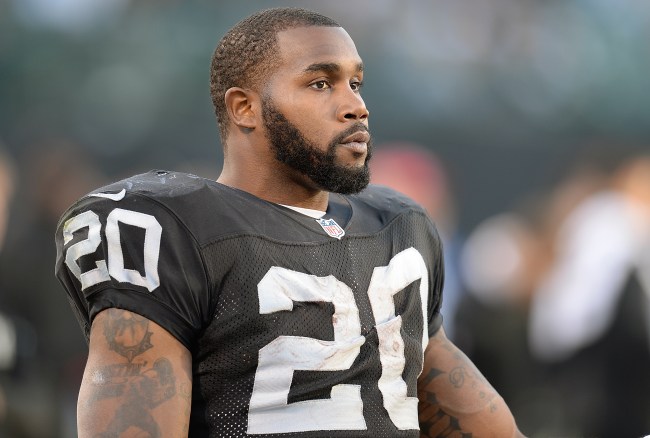 NFL running back Darren McFadden retired in November of 2017 after a decade-long career in the NFL. The 31-year-old seems to be experiencing some post-football turbulence, as the former Raiders and Cowboys running back was reportedly arrested on suspicion of drunken driving when he fell asleep in the drive-through lane at a Whataburger fast-food restaurant in suburban Dallas.

According to the Los Angeles Times, McFadden was charged with driving while intoxicated and resisting arrest after employees at a McKinney, Texas, Whataburger reported a sleeping man inside a 2019 GMC Yukon in the drive-thru lane. Sources told TMZ that McFadden’s driver’s side and passenger windows were smashed during the incident, likely during the ‘resisting arrest’ portion.

JUST IN: Former Razorback and Dallas Cowboys player Darren McFadden has been arrested in North Texas. Officials say he was driving drunk at a Whataburger. He is facing several charges — Driving while intoxicated and Resist arrest search or transport. #ARNews #WPS pic.twitter.com/ADsj2M3psZ

Earlier this month, McFadden was named to the 2019 class of the College Football Hall of Fame.

Congratulations to @RazorbackFB's own Darren McFadden for being named to the 2019 class of the College Football Hall of Fame. A well-deserved honor. We're proud of you, @dmcfadden20! #WPS pic.twitter.com/A1OC5AHQci