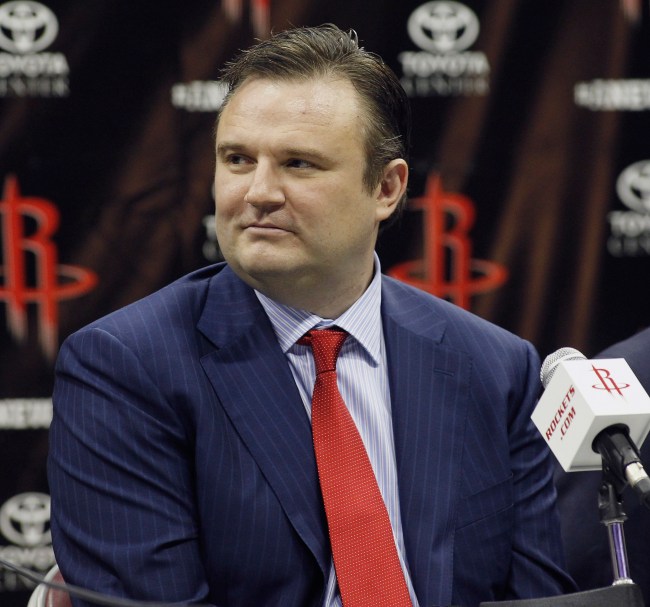 Daryl Morey made headlines late last year when he tweeted support for anti-government protesters in Hong Kong, which upset millions of people after the Houston Rockets general manager weighed in on the issue — especially when considering Morey’s distance from China. Tweeting, then deleting, a graphic that simply said, “Fight for freedom, stand with Hong Kong,” the Chinese Communist Party was outraged, and it caused many people in the country to protest against the NBA, too.

The tweet from Morey was in response to Hong Kong citizens who had been fighting against new rules that would allow extradition to mainland China. Hong Kong residents are worried that extradition to mainland China would infringe on their freedoms and is against the “one country, two systems” deal they were provided once Britain gave up the authority of Hong Kong to China in 1997. Given the severity of the situation, the NBA even released a statement trying to apologize for Daryl Morey’s insensitive tweet.

Why is the NBA apologizing to China?

Because the Houston General Manager had the audacity to tweet this.

In addition to the league offering up an apology, Morey himself was forced to issue one as well, as Rockets owner Tilman Fertitta told him to address the tweet, which led to the below from the general manager.

2/ I have always appreciated the significant support our Chinese fans and sponsors have provided and I would hope that those who are upset will know that offending or misunderstanding them was not my intention. My tweets are my own and in no way represent the Rockets or the NBA.

Unfortunately, the damage was already done at that point, with the league’s reputation being hit hard as players like LeBron James weighed in, along with the Chinese government even asking the NBA to fire Daryl Morey for the ill-time (and uneducated) tweet.

Fast-forward to current time and, well, Morey’s tweet seemed to have a major impact on business in the NBA. That’s because, according to a recent ESPN piece, many sponsorship deals with Chinese companies were cut-off, with revenue projections costing the league a whopping $150 to $200 million.

China’s decision to pull sponsorships and television coverage because Houston Rockets general manager Daryl Morey tweeted support for anti-government protesters in Hong Kong in October is believed to have cost the NBA anywhere between $150 million and $200 million, league sources said.

Despite the impact of lost China revenue, the salary cap and tax could still increase as much as 3.5% from the $109.1 million cap in 2019-2020. Early September projections estimated a 6.3% increase for next season’s cap.

The loss of the league’s China-driven revenue has caused many teams to prepare for the possibility that the original 2020-21 cap projection of $116 million could drop as far as $113 million, front-office executives have told ESPN.

That means that, thanks to Daryl Morey’s tweet supporting China’s anti-government protesters, the entire NBA — yes, all 30 teams — will see about a 3% decrease in the salary cap. That’s a lot of impact from something on social media, guys, and it’s a reminder how much smarter people like in positions like Morey’s have to be before hitting “Send” on social media.

It’s pretty incredible to see the fallout here, and, regardless of your stance on Morey’s comments — as some have defended him for simply utilizing his First Amendment — it did major damage to the NBA’s reputation around the globe. Hopefully the Rockets GM learns from this.