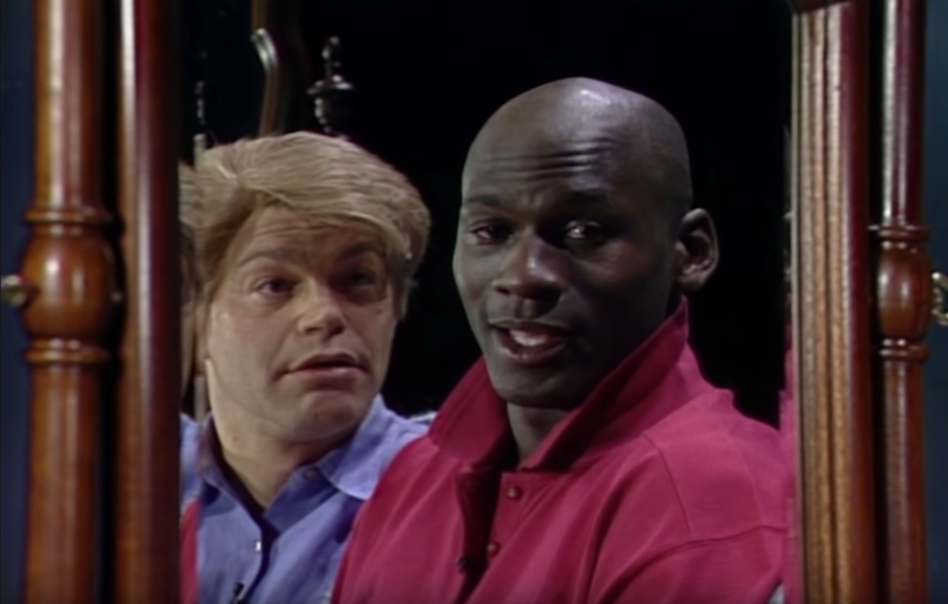 At the peak of his stardom, Michael Jordan transcended sports. Even people who knew nothing about basketball knew the name Michael Jordan.

Jordan did TV commercials, starred in a Looney Tunes movie, and every parent got tired of hearing his name connected to sneakers their kid HAD to own.

For an athlete with limited acting and comedy experience, the basketball legend did a better-than-average job.

David Spade was a cast member for Jordan’s appearance and the comedian recalled how the lines to get Michael’s autograph became so long, it actually affected the rehearsals.

Spade told Colin Cowherd about the entire saga on a recent episode of The Herd.

"Michael Jordan was signing so many autographs that there was a line outside of his dressing room slowing down rehearsal. The show had to stop it. First time they had to do that." @DavidSpade recalls MJ hosting @nbcsnl: pic.twitter.com/E73ctA9w4J

“When he hosted SNL,” remembers Spade, “was the only time I got up close to him and that was maybe around ‘92 or ‘93. He was such a superstar, he was signing so many autographs that there was a line out of his dressing room slowing down rehearsal and with basketballs. They had to stop it, the show had to stop it. The first time they had to do that. Al Franken holding like six basketballs, and I’m like ‘Guy, come on, we’ve got to do Weekend Update.’”

When asked about Jordan’s appearance on the show, Spade gave the NBA star high praise.

“He was sort of the type of host, which is cool, where ‘Tell me what to do, show me what to do, I’ll do my best’ Everyone’s usually out of their element when they come from sports over there. They like the feedback.”

Adam Sandler remembered During on a 2017 appearance on “The Dan Patrick Show,”  about missing out on a Jordan autograph after SNL overlord Lorne Michaels put an end to the constant autograph delays.

“I was with him the whole week and it was nuts. I remember when Jordan hosted SNL, Lorne was telling everybody ‘Just stop with the autographs. Leave him alone.’ And I remember seeing [Rob] Schneider with a basketball. I was like ‘I thought we’re not allowed to do that!’ He’s like ‘It’s Jordan!’”

Jordan hosted the Season 17 opener and appeared in a sketch with Spade.

“We did this hilarious Washington Generals sketch where we didn’t want him on our team,” Spade said.

“It was all of five white guys and we didn’t want him on our team, and even though he was so good, we fired him off the team. I didn’t have a line, but he said, ‘You’re all getting rid of me?’ And he looks at me and he goes, ‘Even you, pee-wee?’ Then I turned my head down in shame.”

[via The Herd with Colin Coherd]