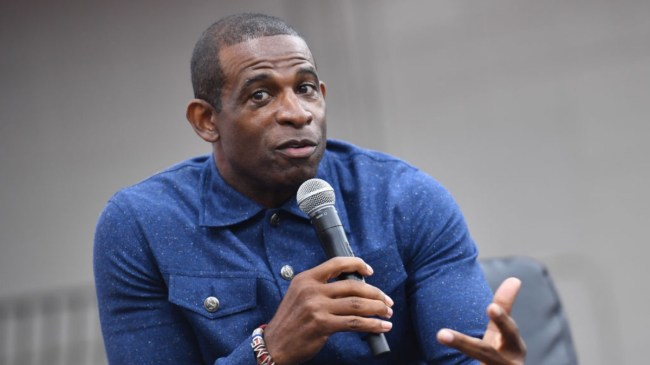 Earlier this week, Deion Sanders promised big things to come in recruiting as he takes over as head coach of the Colorado Buffaloes.

Now it seems that success is coming even faster than he anticipated.

Earlier this week, 4-star running back Dylan Edwards decommited from Notre Dame and was quickly linked to a move to Colorado.

Today he made it official. Edwards told On3 Sports that he was officially committing to Colorado and revealed that a long relationship with Deion Sanders was a factor in his decision to head to Boulder.

I’ve known coach Prime since I was four years old. He was actually my coach with my dad when I was younger. We are like family. I’m coming to make make big plays and to be the best all-purpose player in the country.

After the announcement, Edwards also shared a picture with Coach Prime to celebrate his new commitment.

As a top 250 recruit according to 247 Sports, Edwards has become the highest rated recruit for the Buffaloes since 2017.

Earlier this week, Deion Sanders promised the biggest weekend in Colorado football recruiting history once he coaches his last game with Jackson State next Saturday. He got a nice head start on that promise by landing Edwards this weekend.

Fans wondered how Sanders’ recruiting would translate as he jumps to the FBS tanks and it looks like things are going pretty well for him so far.