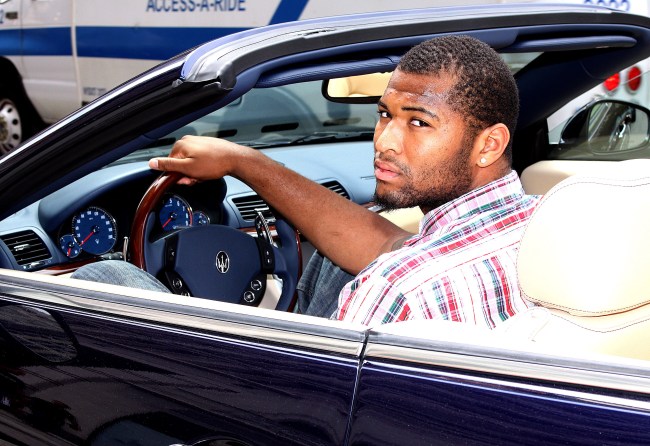 The NBA season may have just tipped, bringing optimism to every team in the league that, just maybe, this could be the year they compete for a title. But, if we’re all being completely honest with ourselves, we already know who’s going to be hoisting the Larry O’Brien Trophy come June — and it’s the same team that has done it three of the past four years.

That’s right, guys, it’s no surprise that the Golden State Warriors are (once again) the leaders in the proverbial clubhouse when it comes to odds of winning another NBA championship. Not only did they already have a fantasy-like lineup the past few years, one which included four All-Stars, but they just added another stud, DeMarcus Cousins, this offseason, which pretty much makes them unbeatable. Sorry ’bout it, every other team out there.

Cousins, whose been an All-Star in each of the past six seasons brings yet another superstar to the Dubs, pairing him with guys who can keep the malcontent Boogie under control, while saving his talents for the playoffs so not to rush him back from an achilles injury he suffered last year. To be blunt, it’s unfair that the Warriors have this many studs on one team, but, hey, welcome to the NBA in 2018, where amazing happens — if you live in the Bay Area.

Given the fact the Warriors have all but taken out competitive balance in the Association, one pissed off Cavs fan wanted to let DeMarcus Cousins know how he’s helped dilute the league. Just look at the passion and legit anger this guy has in his eyes while yelling to Boogie during a recent game.

As a fellow Cavs fan who just saw LeBron James leave Cleveland for the bright light of Los Angeles, I can’t help but share in this guy’s anger. That said, does anyone really give a damn about the league right now? Sure, I’ll watch the nationally televised games to waste time on a rainy Monday night, but, c’mon, don’t kid yourselves into thinking anyone but the Warriors are winning it all this year.

While DeMarcus Cousins’ reaction may have been one of disbelief, we’re pretty sure everyone outside of Oakland would agree that, yep, big dude absolutely ruined the league, making it a one team race towards an NBA title in eight months. Respect to the Cavs dude for actually telling Cousins like it is.