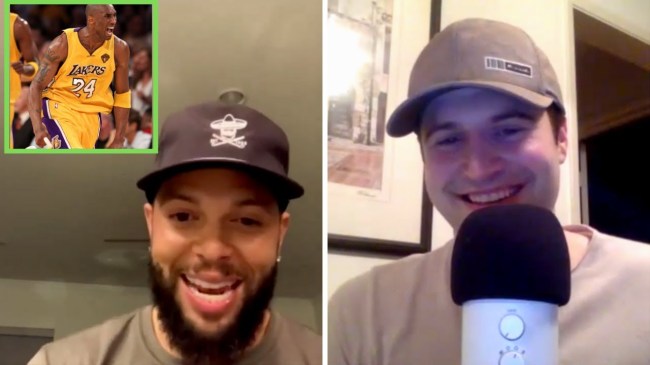 There are some icons that you constantly hear myth-like stories about that just never get old, no matter how many times you hear them. Whether it’s a Michael Jordan gambling story or a Bo Jackson college story, we simply can’t get enough of them. Another guy that we simply can not get enough of is the late great Kobe Bryant. The mental fortitude and drive the man had to get what he wanted was simply fascinating and made him into the legend that he is. Deron Williams, who played against Kobe throughout his career, joined The Brilliantly Dumb Show and discussed the deflating task for him and his teammates to guard The Black Mamba himself.

“I used to feel nervous for my teammate Ronnie Brewer going into games against Kobe. Here he is, he has to go against the best scorer in the NBA who has an ultra-green light to shoot. And Corey didn’t have that same green light on the offensive side that Kobe did, so here you are fitting into the offense when you can and on the other end you have to go against this animal, the mamba for 40 minutes when you know he’s locked and loaded and not playing around. It’s one of those things where it is just deflating.”

Williams, who was an NBA star and gold medal winner with the 2012 U.S. team, went on to tell stories about what it was like to play with guys like LeBron James, Kevin Durant, and Kyrie Irving. It was a fascinating tell-all interview with a guy that has seen his fair share of action on and off the court. Be sure to subscribe to The Brilliantly Dumb Show on YouTube, Apple Podcasts, and Spotify.