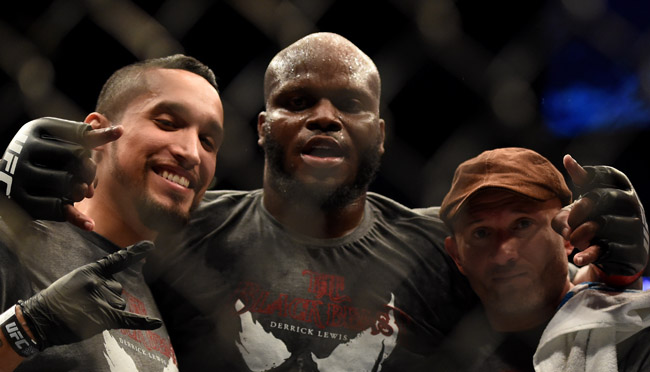 Derrick Lewis is the #6 ranked fight in the UFC’s heavyweight division, but what the big man from Cypress, Texas has been doing in the wake of Hurricane Harvey makes him a champion in many people’s eyes.

You see, unlike many athletes and celebrities who are just donating and raising money, which is great, Lewis has actually been outside battling freezing water and swarms of ants in Houston rescuing victims of the massive flooding taking place down there.

Lewis spoke to TMZ about his efforts…

“Basically, I’m just looking around and seeing anyone that need help.”

Derrick says he put information on his Facebook page — and if people reach out in need of assistance, he rolls out immediately … “no matter where they at.”

“I believe about 30 minutes ago I just helped an elderly couple and he was covered in ants all over and he was just like trembling in his house.”

“He didn’t even worry about the ants that was all over him. He didn’t even bother to knock them off. You could tell he was in shock … the water is real cold right now.”

Those ants are no joke either…