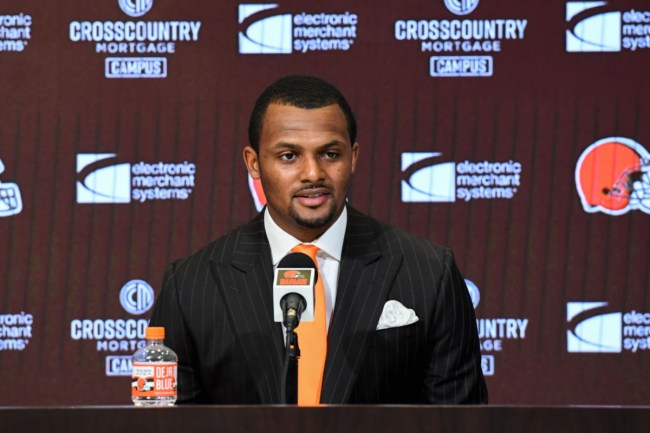 It’s almost a certainty that Deshaun Watson will be suspended by the NFL after being accused of sexual misconduct by more than 20 massage therapists.

Watson was cleared of criminal charges pertaining to the sexual accusations, but the NFL could (will) punish him after confirming that he did violate its personal conduct policy.

When that suspension may come is the question nobody has an answer to.

Most would assume that a Watson suspension would come this season, but longtime Browns reporter Tony Grossi thinks the QB could avoid a suspension this year.

Watson may be available for the entire 2022 campaign, according to Grossi.

“Originally, I thought a suspension was unavoidable,” Grossi wrote in a Q&A email. “Now there is a possibility a suspension could be delayed until 2023 until the 22 civil cases against Watson are tried or settled.”

The Browns knew exactly what they were getting into when they traded for Watson. While it would be a unique and strange scenario, if the Browns got a full season with Watson this year before he was suspended for games in 2023, the franchise would likely view that as a win.

Obviously, things involving Watson’s allegations and ongoing civil cases could change quickly, and the NFL could hammer him as more details come out. The league could also wait until the civil cases were all settled, which will undoubtedly take a fair bit of time.