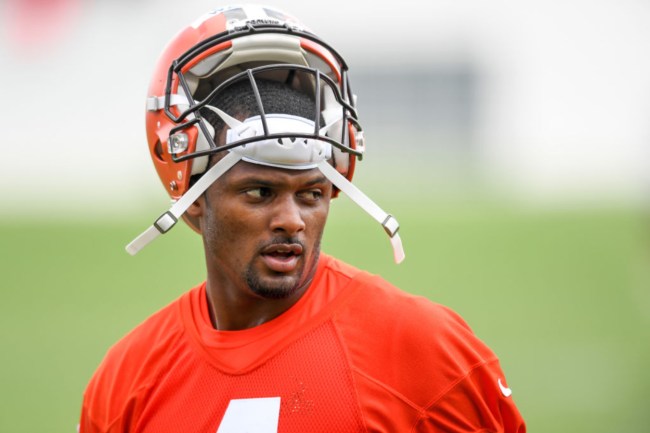 One of the questions many have been asking in regards to the nearly two dozen civil lawsuits Deshaun Watson is facing is why hasn’t, or why won’t,  the quarterback simply settle them?

According to his lawyer, Rusty Hardin, Watson tried doing so earlier this offseason and did so to try and force his way to one specific NFL franchise.

Watson was heavily linked to the Miami Dolphins before finally being traded to the Cleveland Browns, and it turns out there was some very real merit to those rumors and reports about Miami.

Hardin joined SportsRadio 610 on Friday and admitted that Watson attempted to settle all 22 of the civil cases he then faced in hopes of landing with the Dolphins. Watson of course didn’t settle his cases, which shut down trade talks with Miami.

Hardin says Deshaun Watson told him he wanted to go to Miami. However, only 20 of the 22 cases were settled and Miami owner Stephen Ross didn't want the deal.

Hardin says Deshaun has always wanted to get this behind him, but doesn't want it to just look like some kind of settlement. Says they agreed on everything except a confidentiality agreement and Buzbee didn't want it public because he didn't want people to know how low $ was.

Watson was hit with a 23rd lawsuit earlier this week and that number is expected to reach 24 sooner rather than later.

Two grand juries in Texas have declined to pursue any criminal charges against Watson. Some of the civil suits could head to trial, however.

As for possible punishment from the NFL, the league is holding its own investigation to determine whether or not Watson violated its code of conduct policy.

At this time it’s unknown when a possible ruling about Watson and the investigation will be announced.