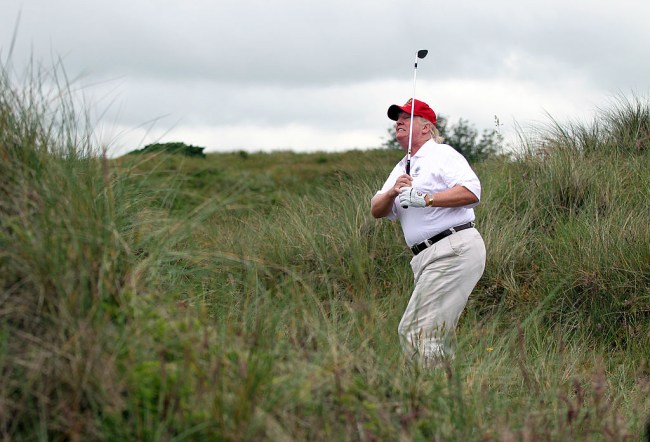 Over the weekend, President Donald Trump fell victim to a vicious cyber attack, though this one may not have been the work of China or Russia.

According to GolfWeek, “Four scores were posted to Trump’s USGA-administered GHIN handicap system on Friday, a day on which the president returned from New York to Washington and did not actually play golf.” 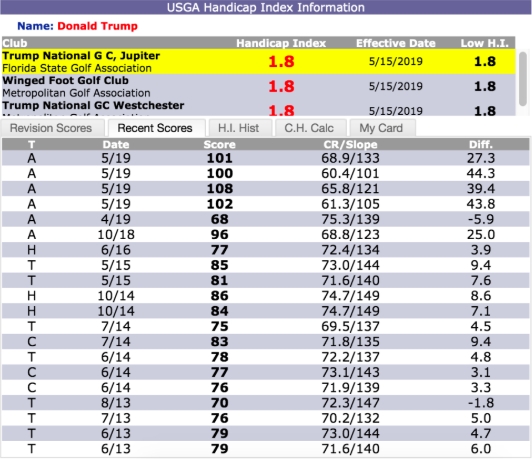 These scores stand in stark opposition with Trump’s most recent claim to have shot a 68 in April.

It’s worth noting the accuracy of POTUS’ sub-70 score may be equally dubious as he is long noted to bend the rules in his favor. According to sportswriter Rick Reilly, “When it comes to cheating, he’s an 11 on a scale of one to 10.”

Regardless, this presents a serious breach of both security and ego.

The USGA has promised to rectify Trump’s triple-digit scores after the issue came to light.

“It appears someone has erroneously posted a number of scores on behalf of [Trump],” said USGA spokesman Craig Annis. “We are taking corrective action to remove the scores and partnering with our allied golf associations, and their member clubs, to determine the origin of the issue.”

It’s unclear whether the 68 was also part of the hack. Still, Trump has a long way to go if he wants to catch up with his North Korean adversary Kim Jong Un, whose father claims to have once shot 38 under par, hammering 11 hole-in-ones in his first time golfing.