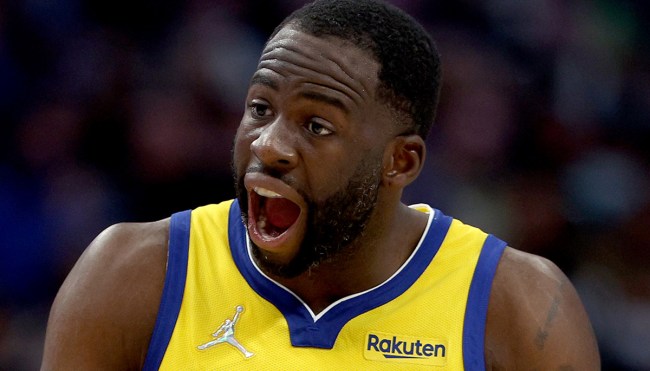 On Thursday night, the Golden State Warriors took home the Larry O’Brien Trophy for the fourth time in eight seasons after beating the Celtics in Game 6 by a score of 103-90 to bring the NBA Finals to an end.

The achievement may be a memorable one for the members of the team, but the series was a largely forgettable one for Draymond Green.

While he probably could not care less about how he played when you consider the Dubs walked away with the W, Green’s personal performance still left plenty to be desired, which served as one of the more compelling (and ultimately moot) narratives of the championship showdown.

That wasn’t the only interesting storyline Green found himself at the center of over the course of the playoffs. The formidable defender was far from the only person to take issue with a very controversial Flagrant 2 call that led to him being ejected from a game during Golden State’s series against the Grizzlies, and while he managed to escape the threat of the automatic suspension that was hanging over his head for the remainder of the postseason, he was treated to some more discipline after getting hit with a $25,000 fine for flipping off fans in Memphis.

Green made it very clear he did not regret his actions, which (as a Reddit user noted on Thursday) resulted in him being just $5,876 away from achieving a fairly unenviable milestone: racking up a total of $1 million in fines over the course of his career.

Of course, a sum that would be unfathomable for the vast majority of people on the planet isn’t a huge deal for a guy who has earned $130 million in contract money alone over the course of ten seasons—and based on how Green reacted after learning about the dubious distinction, he doesn’t seem too bothered by it.

This is unfortunate!! I thought I was already there. https://t.co/EeaMn4yp9g