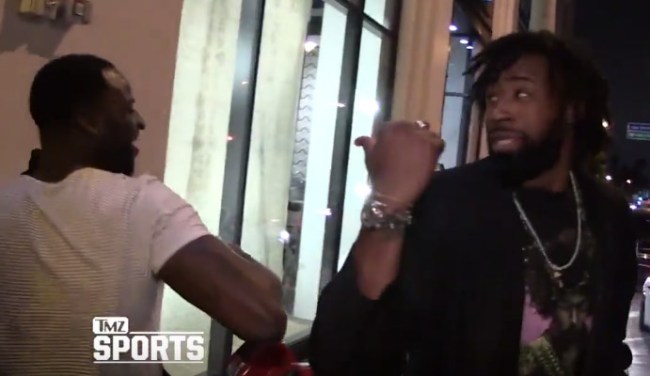 On Monday, NBA superstar Kevin Durant became the gift that kept on giving. First it was discovered that he appears to use a secret Twitter account to defend himself to internet trolls.

Then, as if that wasn’t hilarious enough, the sleuths of the internet ended up finding an Instagram account that also appeared to be a secret account used by Durant where he also argues with fans.

Even Mia Khalifa got in on the trolling with her own spin on the matter yesterday.

So you knew it was just a matter of time before some NBA players would start roasting Durant for his social media shenanigans. And it began today with an A+ tweet by who else, but social media maven Joel Embiid.

However, Embiid isn’t the only NBA superstar to find what Durant allegedly did funny. Durant’s teammate on the Warriors Draymond Green was out on Monday night with Clippers star DeAndre Jordan when TMZ caught up with them leaving Catch in West Hollywood.

“What do you guys think about Kevin Durant having a second Twitter account to deal with his trollers?” the cameraman asked. To which Jordan quickly responded while pointing at Green, “Ask this dude.”

So he asked the question again and all Green could do was laugh. A lot. Hilarious.