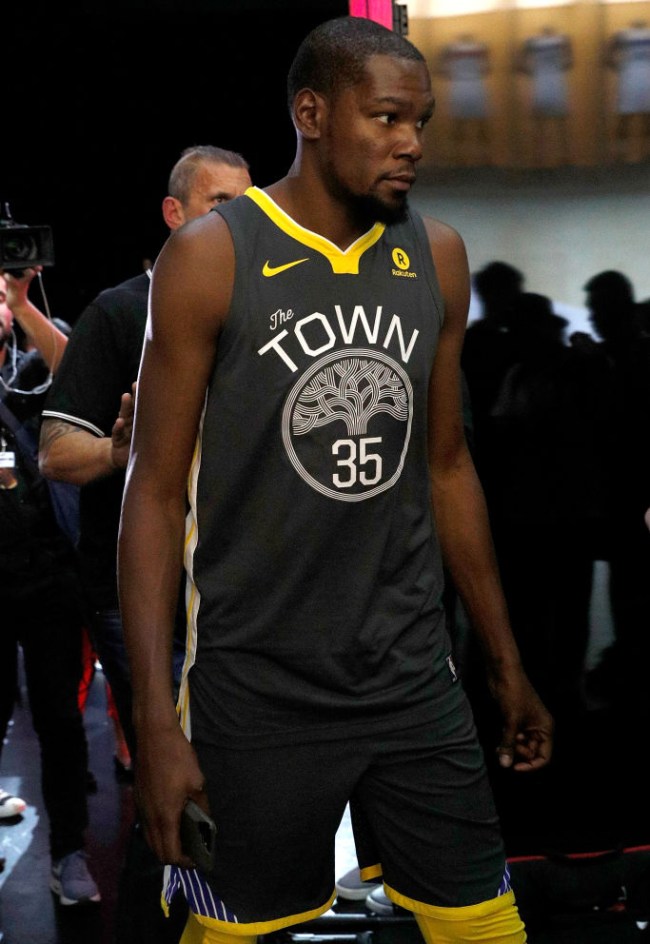 Kevin Durant, as we have well documented, is one of the most interactive professional athletes when it comes to talking to both his fans as well as his haters on social media.

Just last week KD squashed an Instagram troll for whining about his leaving Oklahoma City, but even after doing so things still ended up being very cordial.

Durant has also gone off the rails a few times as well, like the time when he tweeted wanting a teacher fired for negatively comparing him to Michael Jordan and got into a Twitter fight with a guy who named his dog after him.

So being as savvy at social media as he appears to be, would it surprise anyone that KD had created a fake Twitter account to use to defend himself from trolls on social media?

boys i am kevin durant I've decided to come out with it since i was discovered already pic.twitter.com/Ymlp03Sqe3

Ouch. Either those are some serious truth bombs accidentally dropped by KDTrey5 or *cough* his account was *cough* hacked.

It will be interesting to see whether or not Durant issues any denials that the tweets were actually him or not.