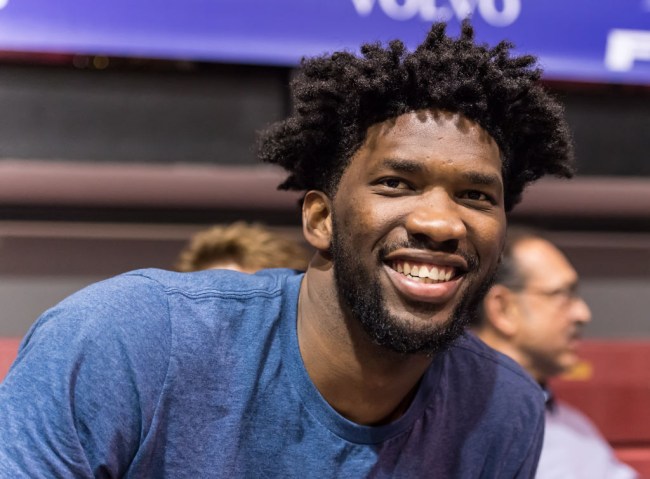 Kevin Durant is one of the most talented players in the NBA, and as his behavior off the court this off-season has shown, he’s also one of the thinnest skinned people in the league. Whether it’s getting into Twitter fights with obvious trolls or releasing a pair of sneakers with the most passive-aggressive insoles imaginable, Durant has repeatedly shown he has an inherent inability to let things go.

Anyone with an interest in KD’s commitment to pettiness was undoubtedly blown away yesterday after it was revealed the Golden State Warrior had apparently been using an alternative Twitter account to come to his own defense when arguing with strangers on the internet. While it shouldn’t have been much of a surprise in hindsight, it’s still not the best look for an NBA superstar.

Plenty of people were amused when they heard the news, including Twitter all-star Joel Embiid, who decided to get in on the fun with a tweet of his own:

JOEL EMBIID IS BETTER THAN MJ EVER WAS @QuireSultan #FACTS #BurnerTwitter

Embiid even went as far as to tag the alias KD uses (or at least used) when arguing with haters on Instagram. The Philadelphia 76er might not be the player that Durant is (or that Jordan was), but when it comes to using social media, his skills are absolutely unparalleled.