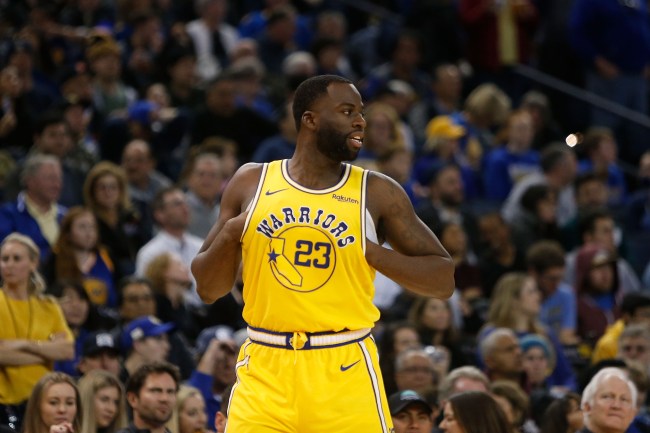 Draymond Green isn’t shy to voice his opinions about, well, anything really, as the Golden State Warriors star will speak his mind anytime he wants to. Whether that’s a good or bad idea is a topic for a different day, but one thing that Green has proven when he speaks is that he’s usually able to back it up. That tends to happen when you’re playing with four other All-Stars, but, hey, that’s an advantage that Draymond has with his current roster of teammates.

Thing is, this season for the Warriors has been a bit different than the past couple ones. There has been fighting from within — with Green and Kevin Durant getting into it earlier this year — as well as some players showing frustration, as Klay Thompson recently did with the fans after a home loss. Plus, there’s the whole “disinterested” thing that head coach Steve Kerr often talks about, as his team can look sluggish or bored a lot of times. Add in the sudden rise from teams like the Denver Nuggets and the Milwaukee Bucks, and there are some whispers that the Dubs could miss out on their third-straight title.

But Draymond Green isn’t buying any of that B.S., because he thinks it’s just a matter of people trying to “make themselves believe” that someone will knock off the champs. That’s what the All-Star forward told Sam Amick of The Athletic in a recent interview, with Green adding that, until someone actually beats Golden State four times in the playoffs, people are just trying to find a reason to think the team’s beatable.

“Everybody hopes that something like that would tear us apart,” Green said of the November fight. “But the fact of the matter is it’s not.”

“The most important thing about it all is that everybody in this locker room has one common goal, and don’t s–t else matter,” Green added. “And that’s the problem that the other 29 teams got.”

For as cocky as Draymond Green tends to be, he’s obviously right here. Sure, there could be a team that could scare the Warriors in a best-of-seven series come playoff time — we saw it last year in the Western Conference Finals when the Houston Rockets led 3-2 and forced Golden State to win a Game 7 on the road. That said, even with some of the turmoil that’s gone on with the Dubs this year, the team’s still overwhelming favorites to win the whole thing, and Green’s right in saying that all the chatter experts and fans are doing right now is basically because they’re bored with the same team winning all the time.

Whether or not Green’s comments hold true or not will be seen come playoff time, but, let’s face it, few people are betting against the Warriors to hoist the Larry O’Brien Trophy for the third time in five years.