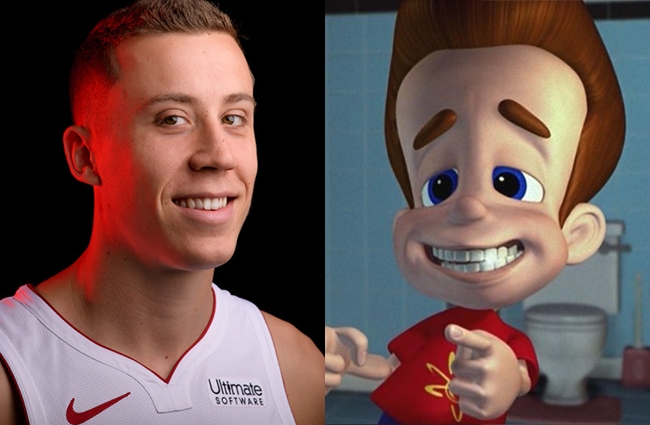 When I recently reflected on the iconic AND1 shirts that many people reading this probably rocked at some point during their formative years, I argued that the basketball court is an environment unlike any other when it comes to promoting trash talk between players and the NBA has been the source of some incredible insults thanks to the many guys who’ve prided themselves on their ability to get under their opponent’s skin by any means necessary.

There are some legendary stories concerning icons like Michael Jordan, Larry Bird, and Kobe Bryant—the last of whom brushed up on his Spanish to taunt Argentinian players during the 2008 Olympics—but I’d argue that no one comes close to measuring up to Kevin Garnett, a man who once made his own teammate cry after he yelled at him during a game.

Now, I can’t necessarily endorse the tactics employed by Garnett, a man who once invoked Tim Duncan’s dead mother to piss him off, gave Chris Bosh temporary insomnia while talking smack, and was long rumored to have sparked an altercation with Carmelo Anthony by suggesting a certain part of his wife’s anatomy tasted like Honey Nut Cheerios (both she and Paul Pierce have since denied that was actually what happened but I’m going to keep telling myself it did).

With that said, I can’t help but respect it.

As I alluded to above, trash talk comes in many different shapes and forms, and while going the more innocent route may not be as effective, it can still be pretty damn hilarious—as evidenced by an anecdote Duncan Robinson shared concerning what some members of the Lakers threw his way during Miami’s losing effort in this year’s NBA Finals.

John Mulaney has a fantastic bit about how terrifying eighth-graders can be because they possess the uncanny ability to craft some devastating insults by identifying things that a person doesn’t want to acknowledge are accurate even if they know they’re true deep down.

During a recent appearance on Titus & Tate, the hosts highlighted a few tweets where people had compared Robinson’s appearance to a number of cartoon characters. They included a couple from The Adventures of Jimmy Neutron, Boy Genius, and the Michigan grad revealed internet users weren’t the only people who’d pointed out the similarities, as some guys on the Los Angeles bench repeatedly referred to him as the name of the title character of the series over the course of theirs.

“During the Finals, the Lakers’ bench was yelling ‘Jimmy Neutron’ at me."@clubtrillion, @tatefrazier and @D_Bo20 react to the best "Duncan Robinson looks like" tweets from the NBA Finals pic.twitter.com/hDoJjWiS05

I highly doubt it threw Robinson off of his game that much but it’s hard to deny it’s pretty damn spot on. I’d argue Macklemore would’ve also been acceptable, and if the Lakers had wanted to keep with the throwback theme, Brainy from Hey Arnold! would’ve been a solid alternative. Sure, Robinson might not wear glasses, but when you consider he and the Heat got metaphorically punched in the face by the Lakers during the showdown, it would’ve been pretty apt.