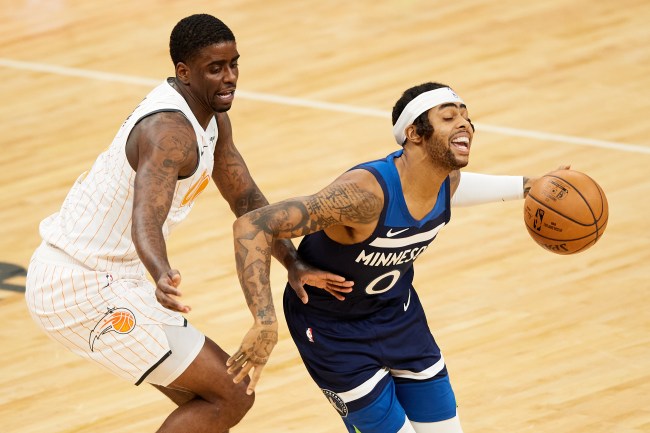 It’s been nearly four years since D’Angelo Russell outed former teammate Nick Young for cheating on his fiancée Iggy Azalea, arguably the boldest move by a rookie since Ryan Leaf called that reporter a “fucking bitch” back in ’98.

In the aftermath, Russell’s Lakers teammates exiled him in the cafeteria, Stephen Glansberg-style, and the Lakers organization traded the promising young star to Golden State less than a year later.

A newly-minted Minnesota Timberwolf (that doesn’t read right), Russell is averaging 21 points per game on 44 percent shooting for the worst team in the league. With all due respect to Detroit.

On Wednesday night, the Orlando Magic edged out the T-Wolves 97-96 in a game no one asked for, and Magic guard Dwayne Bacon, who came off the bench after starting all 14 games to start the season, was feeling himself.

Someone in the comments mentioned this production disparity, writing: “boy you had a 4 points to his 19 you aint do much of nothing,” to which Bacon responded, “did enough for my shots and mins to get a win unlike him.”

“He started talking crazy to me out of no where when I said nun to him. so all that other stuff y’all talking idk we won I don’t care bout nun of the extra they lost we won simple so I can post what I want obviously he been had pressure I just don’t know why.”