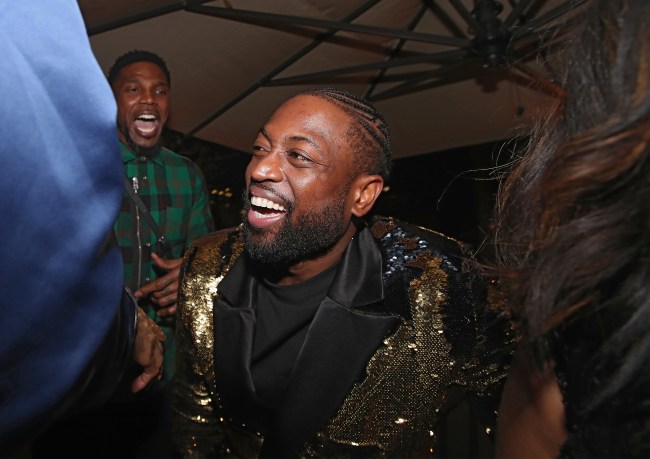 Dwyane Wade’s been retired from the NBA for, oh, about two seconds, but that doesn’t mean there aren’t already opportunities for the future Hall of Famer out there if he wants them. While D-Wade has openly said that he’s unsure about what’s coming next for him now that his playing days are behind him, according to Andrew Marchand of the New York Post, TV is calling him, as both ESPN and TNT are expected to come hard with offers for Dwyane Wade to become an in-studio analyst.

What is already certain is both ESPN and TNT are courting Wade, sources have told The Post. The two networks are preparing pitches for the just-retired Wade to be a studio analyst later in the current playoffs.

Wade has worked ABC/ESPN’s playoff coverage in the past, but it is not clear yet if he would want to be a full-time analyst in his post-playing career.

ABC/ESPN could make over its prime-time pregame show, “NBA Countdown,” for next year or just do some small revisions.

While ESPN’s “NBA Countdown” and TNT’s “Inside The NBA” is believed to be at capacity with analysts already, Marchand’s report says that ESPN could be looking to add Dwyane Wade in-studio to replace Chauncey Billups — who also calls NBA games and is being considered for a front-office gig with the Minnesota Timberwolves. As for TNT, with Charles Barkley recently saying that he’d like to retire by 60, he’s currently 56, that may mean Dwyane Wade could be groomed over the next few seasons and, eventually, replace Sir Charles alongside Shaquille O’Neal and Kenny Smith.

Although no monetary details are being tossed around yet, given his playing experience, success, brand name and connections, one would imagine that both ESPN and TNT are going to through the Brinks truck at Dwyane Wade, should he show interest. Who knows what D-Wade will ultimately decide, but, damn, must be nice to have a high-paying, fun and interesting option after just cleaning out his NBA locker, right?