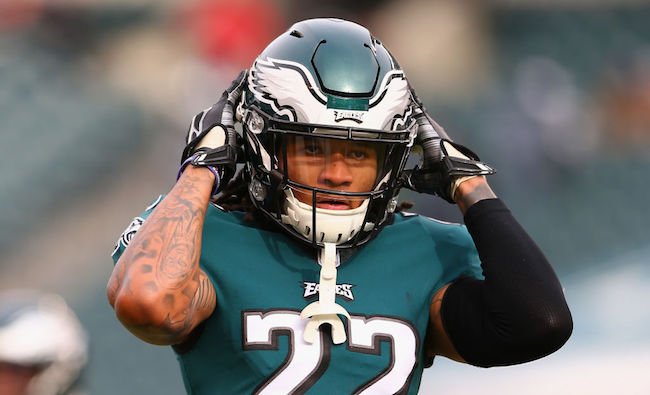 There are some people who would argue if you wake up after a night of partying and still have all the possessions you started the evening with, you did something wrong. As shameful as it might be to have to call a bar at 3 PM on a Thursday to see if you left your credit card there, having to do so is a strong indication you probably had a pretty good time.

Based on the photos and pictures I’ve seen in the past day or so, I think it’s safe to say that basically everyone in Philadelphia had “a pretty good time” on Thursday thanks to the parade that was held to celebrate the Eagles Super Bowl victory (especially Jason Kelce, who decided to cosplay as the child prince from Temple of Doom before crushing a bunch of beers and delivering a speech that was so inspiring a fan got a tattoo to commemorate it).

If the Lost Shit Theory mentioned above has any merit, then Eagles cornerback Sidney Jones had one a hell of a time.

After the parade, Jones let the world know his phone and him had become separated at some point during the festivities by tweeting out a message containing an emoji that insinuated he was less concerned about this development than any other person on Earth has ever been when they’ve found themselves in the same situation.

I really lost my phone tho😅

Shortly after, a picture appeared on Jones’ Instagram featuring a group of fans who had stumbled across his phone and graciously offered to return it instead of scouring his DMs for blackmail material.

Jones gave us the happy ending everyone was hoping for after being reunited with his phone, which was used to capture a picture of him with the Good Samaritans.

Maybe Eagles fans are slightly less bad than people say after all.