Earl Thomas Needed To Get His Car Washed, Which Reportedly Made Him Late For A Ravens Team Meeting 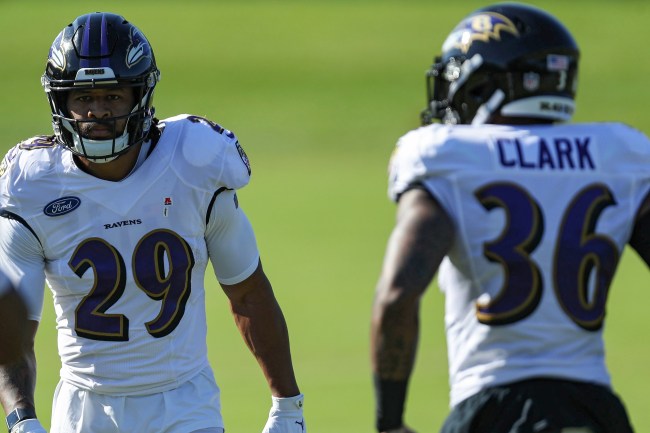 Earl Thomas is one of the best safeties to ever play in the NFL, and, as a bandwagon Seattle Seahawks fan myself after moving to the Emerald City 7.5 years ago, I don’t have a whole lot of shit to talk about the former member of the team’s “Legion of Boom” defense that won us a Super Bowl back in 2014. However, some Baltimore Ravens fans might not feel the same way as I do.

That’s because Thomas’ short stint with the Ravens only lasted one season, and abruptly came to an end over the weekend after video surfaced of the safety throwing a punch on fellow defensive back Chuck Clark at a team’s practice. While there were lots of rumors about what happened, Baltimore decided to cut Earl Thomas, citing his behavior being detrimental to the team.

While it’s easy to see the video of Thomas’ punch on Clark as the obvious reason for that detriment, according to Michael Silver of the NFL Network, the All-Pro safety’s behavior stretched further than just that one incident. In fact, per Silver, it even included Thomas being late for a team practice last year because he “had to get his car washed.”

Two days before his practice altercation with teammate Chuck Clark, Earl Thomas said he was late to a meeting because… he had to get his car washed. From earlier on @nflnetwork pic.twitter.com/xTyG8TtkED

If that’s actually true, whoa, does Earl Thomas have bigger balls than I ever even imagined. Like, that’s some straight up bullshittin’, man, and, whether true or not, isn’t something you usually reveal to your employer as a means to excuse yourself for being late for anything. It’s like next level primadonna kind of stuff.

What makes this report from Silver even more fascinating is that Clark apparently tried to address Thomas’ cavalier attitude towards practice and meetings prior to the fight between the two, allegedly telling his fellow safety that his blown coverage during a red zone situation was a big deal. Earl Thomas took offense to the criticism and, boom, now he finds himself unemployed.

Look, Thomas is bound for Canton at some point down the road, and, still just 31 years old, probably has some good years left in him. But if this whole “had to get my car washed” thing is true, and reports of his laziness towards team meetings and practice are accurate, he may find it hard to land with another team prior to the NFL season starting. He’s got loads of talent, but, damn, when a player punches a fellow teammate in practice — which causes a release — and starts having a reputation for being selfish, most teams avoid guys like that with a 10-foot pole.