Giants Owner Explains That He Wants Eli Manning To Return Next Season, Even If It’s Not As QB 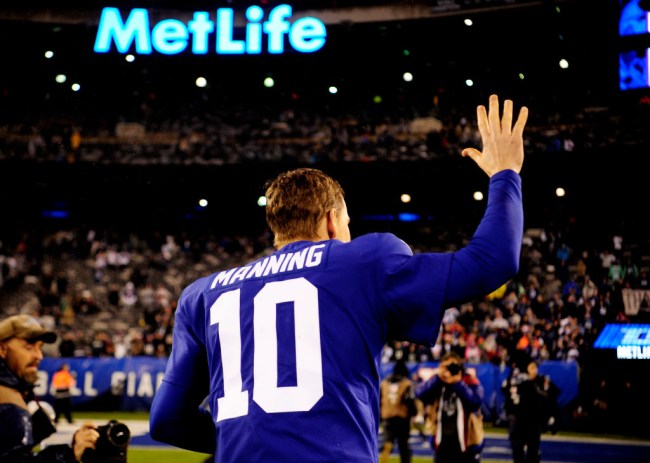 Nobody knows what the future holds for Eli Manning, heck, even at this point of time Eli himself may not know what his 2020 holds. Maybe we see him in a Giants uniform for another season, maybe we see him with a different franchise, perhaps he decides to hang it up and retire or maybe he takes some sort of front-office job.

Manning could be a more than capable backup for the Giants next season behind Daniel Jones, but the 39-year-old has already explained that he’s not really looking to be someone’s backup. That may be the case, but Giants owner John Mara really wants to see Manning with the organization come next season, even if it’s not on the field.

Mara joined WFAN on Friday and explained that he recently sat down with Manning stating that he has yet to make any sort of decision about his future. He also said that he mentioned Manning possibly returning to the team in a different role.

“I’ve mentioned to him the possibility of thinking about other roles in the organization, and he’s just undecided right now,” Mara said, according to the New York Daily News. “The season just ended recently, and he needs to take some more time and think about it. And I told him there’s no time limit on that. We’ll talk whenever he’s ready to sit down and talk again.”

If Manning does decide to return to New York next season as either the backup quarterback or in an ambassador type role, it certainly wouldn’t hurt Jones’ development as he’ll be looking to take a step forward in his second season in the NFL.